BY VICTOR REYES and ASHZEL HACHERO

DEFENSE Secretary Delfin Lorenzana yesterday ordered military commanders to control their emotions to avoid an escalation of tension in Sulu, caused by the killing of four Army intelligence personnel by policemen in Jolo town last Monday.

“I told the troops, the commanders yesterday, let us not inflame the emotions of the soldiers. We don’t want this to escalate some more,” Lorenzana said. 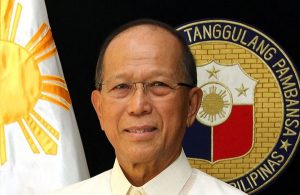 Lorenzana did not identify the military commanders he has directed to maintain their cool but on Tuesday, an enraged Army chief Lt. Gen. Gilbert Gapay described the death of the soldiers as “murder” and “rubout.” He also said the situation in Jolo was “very tense.”

On Wednesday, Interior Secretary Eduardo Año said the situation in Sulu was “tense” and supported Gapay’s claim of a rubout as he said there are witnesses contradicting the PNP’s claim of a shootout.

An official police report on the incident said the soldiers triggered a gunfight as they allegedly aimed their guns at the policemen who earlier accosted them at a checkpoint. The report did not mention any casualty on the police side.

Año yesterday said the President is going to talk to military and police commanders in the western Mindanao area “to ensure the relationship of the AFP and PNP” is not affected by the incident.

PNP chief Gen. Archie Gamboa said President Duterte is scheduled to go to the Western Mindanao Police Regional Office in Zamboanga City today to talk to the policemen involved in the killing.

Gamboa said he, AFP chief Gen. Felimon Santos, the NBI investigating team, and the heads of the police units involved in the incident will also join the meeting.

The National Bureau of Investigation, which is looking into the incident, yesterday said one of the fatalities sustained eight gunshot wounds in the body while the two others sustained three gunshot wounds each.

The NBI did not conduct an autopsy on the fourth fatality, Cpl. Abdul Asula who was buried immediately according to Muslim religious traditions.

NBI Deputy Director Ferdinand Lavin said the NBI’s forensic team conducted autopsies on June 30. He declined to say who among Indamog, Managuilod and Velasco sustained the most gunshot wounds.

He added the autopsy report will be forwarded to the NBI’s regional office in Zamboanga City which is spearheading the investigation on the incident.

The PNP earlier claimed the incident was a mis-encounter, as the involved Jolo policemen said they only fired back. It is The PNP calling the case a “shooting incident.”

But Gapay has said the four who belonged to the 9th Intelligence Service Unit of the Army’s 11th Infantry Division did not fire at the policemen, and Año has said the four soldiers, who were aboard a van when they were fired at, were unarmed.

Justice Secretary Menardo Guevarra has ordered the NBI to submit a report to his office next week.

Lorenzana described the incident as “unfortunate.”

“Even the CCTVs are saying that they were shot,” he also said.

Lorenzana said there were “lots of witnesses there when it happened, civilians and soldiers.”

“There are CCTVs, two cameras that recorded the incident,” he added.

The police report on the incident said the policemen were patrolling in Barangay Bus-bus, Jolo town when they spotted a gray Mitsubishi Montero with four men on board at around 2:40 p.m. Monday.

The policemen flagged down the vehicle and accosted its passengers who introduced themselves as members of the military. The policemen then instructed the four to proceed to Jolo police station for verification. Upon reaching the station, the men allegedly tried to escape. After a chase, the men on board the vehicle alighted and pointed their firearms towards the policemen. An exchange of fire led to the death of the four men, the report said.

But the military said the soldiers parked near the police station and Indammog alighted from the vehicle to talk to the policemen but the policemen started firing.

“I think this is very simple. I think it’s simple just looking at the evidence and everything and I believe that the NBI will come out with a conclusion very soon,” Lorenzana said.

Año vowed he will ensure that justice will prevail.

“My heart bleeds for our soldiers who were slain because I know these people personally.

They are really professional intelligence officers,” said Año, who served as Army and Armed Forces chiefs.

Año said authorities have already secured videos, pictures and statements of eyewitness and “we saw that there was no shootout that transpired, it was a shooting incident.”

He also said the nine policemen involved are already under the restrictive custody of the PNP. Año said the chief of the Jolo municipal police station, Lt. Col. Walter Annayo, has been relieved. 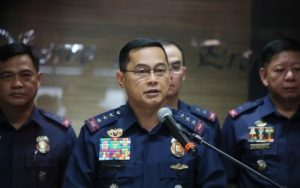 Gamboa said the Jolo incident was an “isolated” one but a fact-finding committee to be created by the PNP can establish the circumstances behind the killing.

“Ang sinasabi ko naman is isolated because that does not happen every day. That’s why we are also creating a fact-finding committee or the board of inquiry to really find out, also just like the AFP if they are, they are also formulating also a committee to find out and get a check on their operational procedures. Same with the PNP so ang end view natin hindi na mangyari ulit,” he said.

A similar fact-finding committee was created by the PNP in January 2015 to determine the circumstances that led to the death of the 44 Special Action Force commandos during an operation against a regional terrorist in Mamasapano, Maguindanao.

“See how the local PNP in the area handled the situation. Many violations were committed at the crime scene. How could you serve and protect the people if you have policemen like them” Discipline eroded,” said Visaya in the caption.

Yesterday, Army spokesman Col. Ramon Zagala clarified the men were actually soldiers responding to the incident. He said the man who entered the vehicle and who moved the body of Asula is the victim’s elder brother, who is also a soldier.

“The person seen moving the body of one of the soldiers killed is actually Cpl. Asula’s brother who is also an Army operative. Understandably, he was distraught upon seeing his brother dead and so he put a pillow under his head and when he reached for the front door of the vehicle, his intention was to secure the personal belongings of his brother. The responding soldiers left the crime scene largely untouched,” said Zagala.

Zagala admitted the responding soldiers committed lapses “but there was no intent of tampering with the crime scene.”

He said their intent was to “identify the victims, see if there are survivors and secure the special equipment on board the vehicle.”

Zagala said no PNP personnel were at the scene when the soldiers arrived. He said the soldiers were part of a team that was supposed to “take down” Abu Sayyaf leader Mundi Sawadjaan. — With Raymond Africa