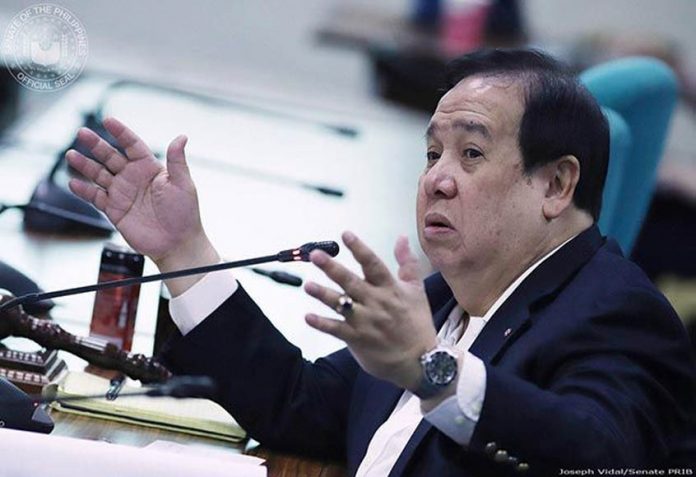 THE Philippine Red Cross will accept the P930 million expected to be paid by the Philippine Health Insurance Corp (PhilHealth) today but wants the P170-million balance to be paid within three days, the agency’s chairman, Sen. Richard Gordon, said yesterday.

PhilHealth’s spokesman, Rey Baleña, said: “We will pay. We will fast-track payments but subject to completeness of requirements and in compliance with COA rules… We will fast-track the processing. There is a need to match every availee to our database… and validate further those with no match. Everything has to be in order before we pay using contributors’ money.”

Last Friday, PhilHealth said it will pay Red Cross today, “subject to completeness of billing requirements submitted by the PRC, and in compliance to COA rules.” The state insurer made the announcement after receiving a legal opinion it sought from the Department of Justice.

Gordon in an interview with radio dzBB, reiterated PhilHealth’s debt has reached P1.1 billion. The P930 million was PhilHealth’s debt as of October 15 when Red Cross announced it was stopping processing COVID-19 tests chargeable to PhilHealth.

Gordon said the PRC will accept the initial payment because it needs funds to buy test kits for it to continue with COVID-19 testing. But he said the balance should be paid within three days, and future payments will be made every three days.

“Papayagan namin kung P930 million ang babayaran nila, tapos within three days bayaran ang balance. At mula ngayon, pairalin ang kontrata – every three days, bayad, kasi natatakot ako baka ma-bankarote ang PRC (We will allow PhilHealth to pay us P930 million but it must settle the balance in three days and from now on it must honor the contract that every three days it will pay for the service rendered because I am scared that PRC may go bankrupt),” he added.

He said once PRC has been paid, it can continue to provide COVID-19 tests to those referred by PhilHealth, including Filipinos arriving from overseas and those from local government units, but added that PhilHealth must be consistent with paying services rendered on time.

Gordon expressed belief that newly-appointed PhilHealth president and chief executive officer Dante Gierran is being swayed by “unseen forces” in the state insurer to delay payment to the PRC, in an apparent bid to keep PRC out of the picture to favor other COVID-19 test centers.

He said information reaching him showed there are individuals in the country’s airports who bring returning Filipinos to COVID-19 test centers based in the airports, which charge much higher prices for swab tests, at P7,000 to P20,000 per test.

Members of the Philippine Coast Guard take mucus samples from returning Filipinos and bring the specimens for testing to the Red Cross’ main headquarters in Mandaluyong City.

The OFWs are then brought to a hotel being paid by the government while awaiting the swab test results.

To address the problem, Gordon said, he talked to the Inter-Agency Task Force on the Management of Emerging Infectious Diseases which allowed PRC to set up its own COVID-19 testing booth at the airports.

Surigao del Norte Rep. Robert Ace Barbers said the Philippine Red Cross has to stop “blackmailing” the government after it stopped COVID-19 tests because of PhilHealth’s failure to settle its P931-million debt.

“The people ultimately suffer, not the government. Be true to your purpose and existence,” said Barbers. “Unlike PRC, the government has to check the veracity of claims made against it by any entity. Also, it has to review the legality of the agreement made by and between PRC and PhilHealth. But this should not be taken against the government and blackmail it by stopping a supposedly public and noble duty of the Red Cross, Philippine or International.”

Barbers said while PRC is pressing the government to pay PhilHealth’s obligations, it also owes government overdue lease payments for a property it reportedly occupies in the campus of at the University of the Philippines.

“If only for alleged unpaid dues you will resort to blackmailing, I wonder why the University of the Philippines has not evicted you yet from its property over which allegedly you have not paid rent for years,” he said.

Barbers said the PRC has no right to impose on the government and demand payment for the tests undertaken because it has no valid contract with PhilHealth.

He said the “illegal” contract that Red Cross and PhilHealth officials executed was for the advance payment to PRC by PhilHealth in the amount of P100 million which is supposedly in compliance with the Bayanihan Act 1, under which heads of agencies were authorized to partner with PRC in the distribution of goods and services in the fight against COVID-19. – With Gerard Naval and Wendell Vigilia

‘Zone workers are frontliners too’

Senators: Frontliners, not Duque, are heroes in fight vs pandemic