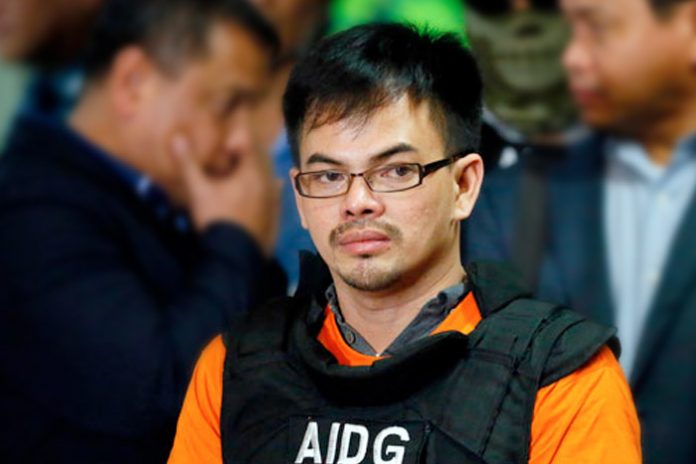 LT. Col. Jovie Espenido, the poster boy of the government’s war on drugs, yesterday said self-confessed drug lord Kerwin Espinosa continues to engage in the illegal drugs trade even while under the custody of the NBI.

Espinosa surrendered to the PNP in 2016 after he was included in President Duterte’s list of people involved in illegal drugs.

In 2017, he was admitted into the government’s Witness Protection Program after implicating Sen. Leila de Lima, one of the critics of President Duterte, to the illegal drugs trade. De Lima is currently detained at Camp Crame.

“He’s more powerful than before. He’s really powerful now because while he is detained he is still involved,” Espenido added.

An official from the PNP Drug Enforcement Group, who refused to be named, said they have received initial information about the continued operation of Espinosa.

“We are still validating it. We have information but that is not yet validated. (We got information) that he is still continuing (with his illegal drugs operation),” the official said.

Pressed how Espinosa is able to continue with his operation when he is under the custody of the NBI, the official said: “That’s why we are validating how true is that (information).”

Espenido was the chief of police of Albuera, Leyte in 2016 when Espinosa’s father, the late Leyte mayor Rolando Espinosa Sr., was killed by policemen in his cell. Officials said the elder Espinosa fought it with the lawmen who were serving an arrest warrant for illegal possession of firearms.

One of the operations led by Espenido in Albuera was an anti-illegal drugs raid on the Espinosa family’s residence that led to the death of six bodyguards of the elder Espinosa.
Espenido said Espinosa has brought to Manila many of his people from Leyte.

He said Espinosa’s henchmen included Ryan Labandaria who was killed, along with Ervyn Querubin, by the police in a buy-bust operation in Taguig City last May 22. The operation led to the recovery of 12 kilos of shabu worth P81 million.

The others are siblings Angelica and Maria Lyn Tulio, who were nabbed with Chinese drug trafficker Yuwen Cai in Marilao, Bulacan last June 4. The operation led to the recovery of 756 kilos of shabu worth P5.14 billion.

Espenido said Danny Apiga, who was slain in a buy-bust operation in Paranaque City last June 6, was also associated with Espinosa. Also killed in that operation was Cai’s son, Jin Long Cai. Thirty-six kilos of shabu, worth P244 million, was recovered from the two in that operation.