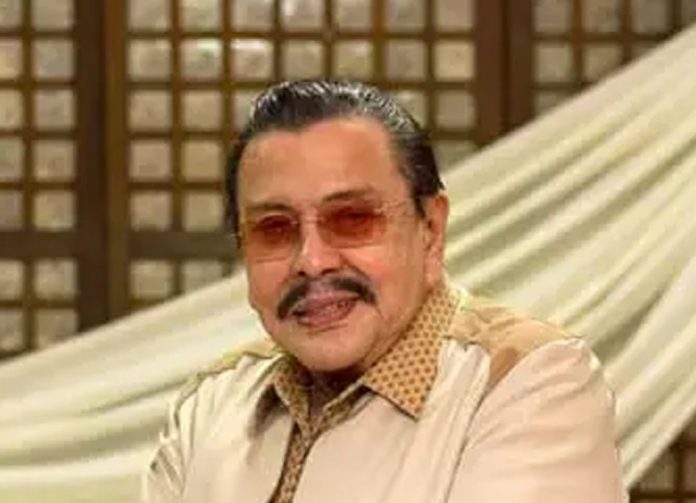 FORMER president Joseph “Erap” Estrada, who tested positive for COVID-19 last week, is now on mechanical ventilation a day after he was moved into the intensive care unit of the Cardinal Santos Memorial Medical Center, his son, former senator Jinggoy Estrada, said yesterday.

“Yesterday, my father’s condition suffered a setback as his pneumonia worsened. Because of this and the resulting increase in oxygen requirement, his doctors decided to place him on mechanical ventilation,” the younger Estrada said in a statement.

“This was done to improve oxygen delivery as well as to prevent the tiring of his respiratory mechanism,” added Jinggoy, who asked the public to pray for his 83-yar-old father.

“My father has always been a fighter and I hope that with the help of your prayers he will win this battle. Please continue praying for his immediate recovery,” he added.

Last Monday, Jinggoy said his father was moved to the ICU for “better observation,” adding he was “in a stable but guarded condition.”

Another Estrada son, former senator JV Ejercito, also asked the public to pray for his father.

“COVID is unpredictable. My dad was recuperating very well the past few days then suddenly it shifted yesterday when his pneumonia worsened, thus the need to use ventilator,” Ejercito said in a tweet.

“Your prayers would mean a lot,” he added.

The former president was rushed to the CSMMC in San Juan last March 28 when he experienced body weakness. A test later showed he was positive for the deadly virus.

Meanwhile, Interior Secertary Eduardo Año, who has been on leave since January for health reasons, is due to return to work in the middle of this month, officials of the Department of Interior and Local Government said.

“He’s okay now. He will be back mid-April,” said DILG Undersecretary for peace and order Bernardo Florece, the agency’s officer-in-charge.

Año went on leave last January 11 after a medical check-up as part of his post COVID-19 recovery plan. He was advised by his doctors “to slow down and take a break from stressful activities.”

DILG Undersecretary and spokesman Jonathan Malaya said Año is recovering well and thanked those who prayed for him.

“Secretary Año is on his way to full recovery from the effects of COVID and we thank the public for their prayers and messages of support. He’s currently at home,” said Malaya. – With Victor Reyes