THE Armed Forces yesterday ordered the deployment of three engineering battalions to help in relief and rehabilitation efforts in Cagayan and other areas in northern Luzon, which were flooded due to typhoon “Ulysses.” 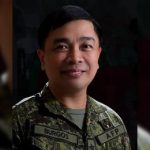 Burgos said the military is sending additional forces and equipment to these areas “to hasten the relief efforts as well as the eventual rehabilitation efforts.”

Burgos said the crisis has showed that AFP’s “state-of-the-art equipment,” procured under the AFP modernization program, “are not only tools for war but more importantly, they are tools to save Filipino lives and tools that give hope amidst the uncertainties of calamities.”

Flooding in most areas in Cagayan has receded, said Peter Paul Galvez, spokesman of the National Disaster Risk Reduction and Management Council.

Nolcom spokesman Maj. Marco Antonio Magisa said two of the engineering battalions, based in Isabela and Tarlac, will be attached to the Joint Task Force Tala which is overseeing the military’s relief and rehabilitation efforts in Cagayan, Isabela, and nearby areas.

He said the third engineering battalion, based in La Union, will be put under the control of the 7th Infantry Division to help responding to the effects of flooding in Bulacan, Aurora and other areas in Central Luzon.

Galvez said the NDRRMC is is doing its best to restore normalcy in Cagayan and other areas that were battered by Ulysses, Rolly and Quinta.

Galvez said the agency hopes the normalcy can be achieved faster with the declaration of a Luzon-wide state of emergency.

The NDRRMC recommended the declaration so local government units can access their calamity funds in responding to the effects of three strong typhoons that struck over the past few weeks.

Apart from Cagayan, some of the other areas severely affected by the typhoons were Isabela, Catanduanes, Albay and Quezon.

In Cagayan, Galvez said the current focus of the NDRRMC is to clear roads of debris so that relief workers can easily reach people who were all people.

The Department of Social Welfare and Development said around 49,000 families or some 200,000 individuals are still staying in over 1,000 evacuations centers in eight regions that were heavily affected by Ulysses.

The DSWD also said about P108 million worth of aid has been distributed by the department, local government units, and private groups to the affected areas.

The joy and appreciation of family togetherness