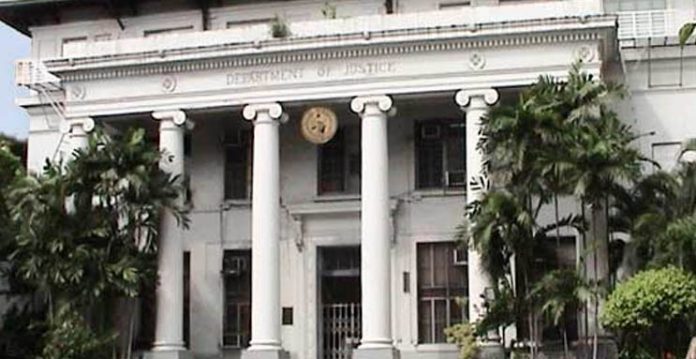 THE Department of Justice has started the conduct of electronic inquests, or e-inquests, in handling complaints filed against violators of guidelines for the Luzon-wide enhanced community quarantine, particularly strict rules on home quarantine and social distancing.

Justice Secretary Menardo Guevarra said the e-inquest follows the same procedure as a regular inquest proceeding, except that prosecutors hear the cases via tele-conferencing.

Inquest proceedings are done when an arrest was made without a warrant of arrest.

“It is now implemented nationwide. They can be used in any app or platform as long as it can comply with the basic requirements of the procedure,” Malcontento, head of the NPS, said.

Malcontento said the move was initiated not only by the DOJ but by other law enforcement authorities as well.

In the absence of internet connection or online facilities in police stations, the regular direct filing of cases will be done by police investigators.

While courts and prosecution offices have been closed since March 23 in compliance with the lockdown guidelines, Guevarra said inquest prosecutors are on “on call basis.”

Justice Undersecretary Markk Perete said that after the conduct of an e-inquest, prosecutors “may dismiss the complaint, file an information before the court or order the conduct of a regular preliminary proceedings.”

“Regular preliminary investigation which commences after a complaint is filed, applies in cases not covered by warrantless arrest. E-inquest applies to those caught pursuant to warrantless arrests,” Perete added.