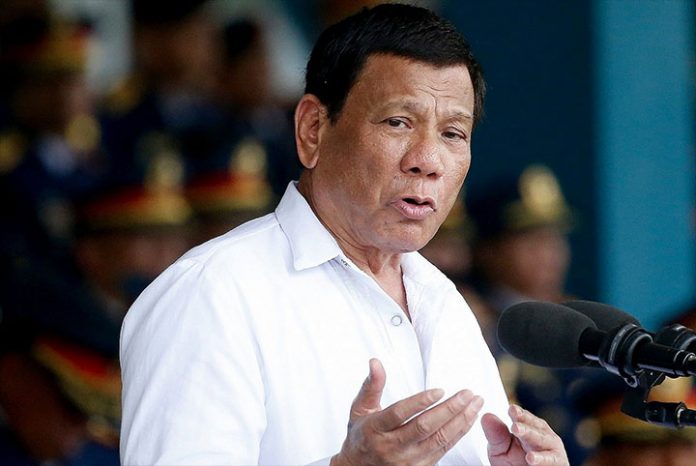 PRESIDENT Duterte on Monday approved the grant of a one-time special risk allowance (SRA) to public health workers who are rendering service during the enhanced community quarantine.

Public health workers refer to “medical, allied medical, and other personnel assigned in hospitals and healthcare facilities directly catering to or in contact with COVID-19 patients, persons under investigation or persons under monitoring,” the President said in Administrative Order 28 signed on April 6.

The order said the one-time SRA is “equivalent to a maximum of 25 percent of  monthly/basic pay” of the health workers.

“There is a need to recognize the heroic and invaluable contributions of public health workers throughout the country, who bravely and selfishly risk their lives and health by being at the forefront of the national effort to address the public health emergency,” the order said.

It added that the beneficiaries have “great exposure to health risks and physical hardships in the line of duty, in light of the COVID-19 pandemic.”

In ordering government agencies, government-owned and -controlled corporations (GOCCs) and local government units to grant the SRA, the AO stated that certain conditions:

* That the public health workers are either civilian employees occupying regular, contractual, casual or part-time positions; or workers engaged through contract of service or job order, including barangay health workers regardless of the nature of engagement, provided they are assigned to hospitals and other healthcare facilities.

* That they physically report for work at their assigned work stations on prescribed official working hours.

* That the grant of COVID-19 SRA shall be pro-rated based on the number of days the health workers report for work during the quarantine period.

The AO said that “those engaged without employer-employee relationship and funded from non-Personnel Services (PS) appropriations/budgets” are excluded from those eligible for the allowance.

The funds for the SRA shall be sourced from the personnel services budget for the regular and contractual personnel in government agencies, while funds for contractual workers or job orders shall come from the Maintenance and Other Operating Expenses allotments. For agencies with insufficient budget it may request the DBM for it.

The grant of the allowance for public health workers is among the emergency measures that the President is allowed to implement under the “Bayanihan to Heal as One Act.”

Cabinet Secretary Karlo Nograles, concurrent task force spokesman, said lawyers from the University of the Philippines College of Law have offered their services to persons like health workers who are being discriminated amid coronavirus scare.

Nograles said the government will act on cases of discrimination against the health workers who are rendering service, reiterating that acts of violence and discrimination are not helping.

“The government will act on cases of discrimination wherever and whenever these happen. We are encouraged by the fact that just a day after I raised this issue, there are lawyers from the University of the Philippines College of Law and from all over who have volunteered their services to victims of discrimination. Maraming salamat po (Thank you very much), and may your tribe increase,” he said.

Over the last few days, several frontline workers have been subject to attacks and discrimination, like an ambulance driver in Candelaria, Quezon who was shot by an individual who claimed the ambulance he was driving was transporting COVID-19-positive patients; a medical staff member in Tacurong, Sultan Kudarat, who was allegedly doused by bleach; and several frontline workers who were refused transportation or declined entry to their rental homes.

Guevarra made the appeal following reports that health workers are being kicked out from their residences.

“Considering that the Congress is not in session, and that it generally takes a substantial amount of time to enact a law of national application, it is more expedient during this period of public health emergency that Sangguniang Bayans enact their own ordinances prohibiting specific acts of discrimination against health workers and imposing penalties for violation thereof,” Guevarra said.

He added that aside from ordinances, local chief executives can also issue an order prohibiting discrimination against health workers.

“Whether in the form of an ordinance or an executive order, local government issuances presumably have a deterrent effect on the commission of discriminatory acts in their specific jurisdiction,” he said.

The Manila city council has passed an ordinance punishing those who discriminate against persons infected with COVID-19, individuals under monitoring or investigation, and health workers.

PPO performs in your Living Room