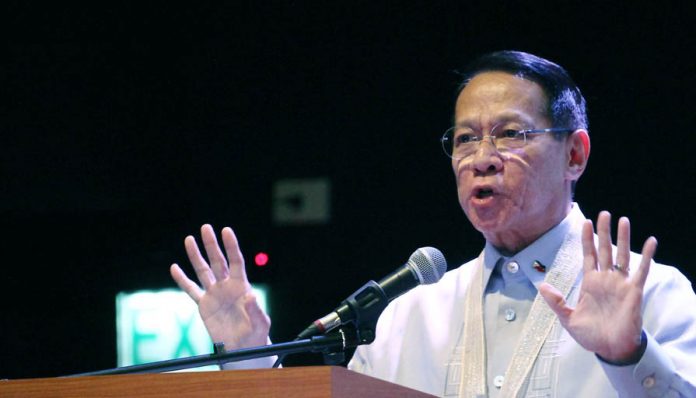 DID lapses by the Department of Health (DOH) lead to the death of medical professionals?

This is among the more serious allegations against Health Secretary Francisco Duque III and other agency officials now being investigated by the Office of the Ombudsman in connection with alleged irregularities in the government’s response to the coronavirus disease (COVID-19) pandemic.

Ombudsman Samuel Martires said he has deployed three teams of graft investigators who are now sifting through records and taking statements from potential witnesses concerning the procurement transactions of the DOH as well as the procedures it undertook in testing and reporting of COVID-19 cases.

Malacañang directed Duque and other DOH officials “to cooperate” in the Ombudsman investigation.

Presidential spokesman Harry Roque said: “The Ombudsman, as we all know, is an independent constitutional body; thus, we will let the process run its course as we enjoin Secretary Duque and the entire DOH bureaucracy to cooperate with the investigation and respect the orders of the OMB,” Roque said.

The investigation teams were specifically told to review the DOH’s purchase of 100,000 test kits, the process of evaluating and approving the use of UP-invented test kits, delays in the procurement and distribution of personal protective equipment (PPE) for healthcare workers, alleged lapses and irregularities that led to the death of medical workers and the high number of infected medical front liners, issues on the release and processing of benefits and financial assistance of “fallen” and infected medical front liners, and the confusing and delayed reporting of COVID-19-related deaths and confirmed cases.

Based on official government figures as of the first week of June 2020, there have been 2,703 health workers who contracted the virus, of whom 32 have died.

Last April, the WHO-Western Pacific Region said it is alarmed over the high number of Filipino healthcare workers who were infected by the virus.

The DOH earlier received flak from various sectors over the shortage of PPEs for immediate use by doctors and other hospital staff many of whom were forced to improvise, seek help from civic organizations or even buy supplies from their own pockets.

Martires said he ordered the creation of additional investigative teams based on the initial fact-finding investigations and the recommendations of assistant Ombudsmen Caesar D. Asuncion, Joselito P. Fangon, and Jose M. Balmeo Jr.

The Ombudsman likewise voiced dissatisfaction at the uncooperative attitude of DOH officials.

“A few weeks prior to the lockdown of March 15, the Office of the Ombudsman, through its Field Investigation Office, started to conduct an investigation but our investigators were given a run-around by some DOH officials and personnel by referring us from one department or office to another,” he said.

He stressed that the Joint Investigation Team has been authorized to file criminal and/or administrative case against any official or employee who refuses to comply with the legal processes/orders/requests.

He said legal action will also be taken against any official or employee who willfully obstructs or hinders the conduct of the investigation by misleading or attempting to mislead the investigation.

“The lapses they committed have exposed to risk the welfare of the entire nation. Sec Duque in particular, has failed in his job. The people have every right to demand accountability,” Drilon said.

He said the Ombudsman’s intervention should serve as a reminder to government officials to fulfill their responsibilities with utmost integrity and honesty.

Sen. Panfilo Lacson said the investigation is very timely as he hoped that there will be positive results unlike the cases he filed against former BuCor director Nicanor Faeldon which he said “continues to languish in the dustbin of the Ombudsman for an unusually long period of time.”

“About time. I can only hope that this time around, the investigation will bear fruit and find those concerned liable and suffer the consequences of their misdeeds in taking advantage of the COVID-19 crisis for self-aggrandizement,” Lacson said.

Dr. Tony Leachon on Wednesday he is no longer a Special Adviser to the National Task Force on COVID-19 as he was allegedly forced to resign from his post after two Cabinet officials were displeased when he publicly revealed gaps in the government’s COVID-19 response measures.

Leachon’s announcement came three days after he criticized the DOH for “losing focus” on its priorities in containing COVID-19 infections.

“It’s with deepest regret that I announce that I am not anymore the Special Adviser of National Adviser -COVID 19 effective today (Wednesday). I have my full respect for Sec. Charlie Galvez and we will remain as good friends. Lots of good memories. But I have to move on,” Leachon tweeted.

He added: “I left NTF due to my differences with DOH policies eg, lack of sense of urgency, problems in COVID data management, and transparency in communication process. That’s life. That’s how it is. There’s a silver lining though. Thank you very much.”

In an interview with CNN Philippines’ Newsroom Ngayon, Leachon said: “Time and again, I was asked not to speak about my independent views, but I think it would be helpful to the country. I think I was asked to resign, ‘yun ang real (score).”

Leachon said Duque and Roque were apparently displeased with his public comments. This, he said, could have prompted Galvez to talk to him about leaving the task force. – With Jocelyn Montemayor and Raymond Africa