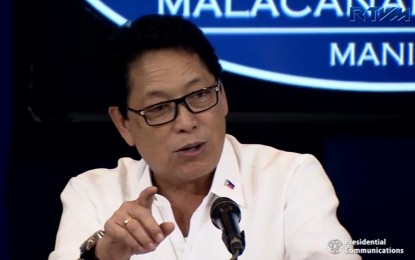 THE Department of Labor and Employment (DOLE) on Tuesday advised employees to personally apply for the one-time P5,000 if their employers refuse to process their application for the COVID-19 Adjustment Measures Program (CAMP).

Labor Secretary Silvestre Bello III said employees do not need to wait for their employers to file applications for CAMP if the latter is refusing to do so.

“We advise the workers to gather their colleagues and together submit their (CAMP) applications,” said Bello.

In turn, the labor chief said DOLE is prepared to send the P5,000 cash assistance directly to requesting employees through money remittance service.

The labor group Defend Jobs Philippines has submitted a list to DOLE of 3,557 private companies, who have yet to apply for CAMP for the benefit of their workers. The list was supposedly sourced from the 16,432 online complaints received by the labor group from affected employees.

Bello said they cannot slap criminal complaints against companies that refuse to process CAMP applications for its workers.

At most, he said DOLE can only impose administrative sanctions against indifferent employers, as he appealed to them anew to already process CAMP applications of their employees.

“We are again calling on employers to already send the requirements needed by your employees. Our instruction is you will get the cash assistance within 48 hours upon receipt of the payroll,” said Bello.

Under CAMP, DOLE will be providing a one-time P5,000 financial support to employees of companies or business establishments that have adopted flexible work arrangements or temporary closure due to the COVID-19 pandemic.

To avail of the assistance, DOLE said employers must submit their company payroll for February or earlier, which is before the implementation of flexible working arrangements or temporary closure.

Cabinet Secretary Karlo Nograles, concurrent Inter-Agency Task Force for the Management of Emerging Infectious Diseases (IATF-EID) spokesman, said the Department of Social Welfare and Development (DSWD) and the local government units (LGUs) have been tasked to identify the beneficiaries of the government’s more than P200 billion food and financial aid.

He said the DSWD data will be augmented by a list coming from the LGUs.

He said food packages had initially been given through LGUs which were funded through their respective quick respond funds (QRFs). This will be followed by financial assistance to be funded by the national government through its Emergency Subsidy Program (ESP).

The ESP refers to the P5,000 to P8,000 a month financial aid for food, medicine, toiletries and other needs of the beneficiaries. It will be given for two months or from April to May this year.

The ESP will be funded through the P275 billion budget under the Bayanihan We Heal as One Act.

Beneficiaries of the ESP include low-income households and the informal sector who live day-to-day on subsistence wages or no-work, no-pay arrangements.

Labor Secretary Silvestre Bello III said the formal sector or those working for private employers will receive the one-time P5,000 financial aid 48 hours after their application are filed and processed.

Bello, during the Laging Handa public forum, said the employers of the private companies can submit their list of employees to the DOLE to avail of the one-time aid, while individual employees affected by the work stoppage may also submit their own application if their employers are not availing of the assistance.

He said apart from workers in the Philippines, DOLE is also providing a one-time $200 financial aid to overseas Filipino workers who are working under a no work, no pay contract.

Bello said government is also providing a 10-day work scheme for informal settlers where they would be paid based on the existing minimum wage in their region. He said the work would be home-based and would not require them to go out.

Interior Secretary Eduardo Año has directed governors, mayors and other local officials to submit a master list of qualified beneficiaries of the government’s social amelioration programs.

In a memorandum issued on Monday, Año gave the officials until April 3 to submit the list.

“No local government unit may require that only voting residents in their area of jurisdiction shall be recognized as target beneficiaries,” said Año in the memorandum, adding that non-residents stranded in areas due to the ongoing community quarantine should also be listed as beneficiaries provided they meet the qualities defined in Joint Memorandum Circular 1.

JMC 1 outlines the guidelines for the provision of social amelioration programs to the “most affected residents of the areas under enhanced community quarantine due to the COVID-19 pandemic.”

“All local government units, including the barangays, shall issue the necessary clearances or certifications to applicable target beneficiaries as defined and provided for in JMC No. 1, subject to observance of home quarantine of mass gatherings,” Año said.

He said local government units shall coordinate with government agencies, the Armed Forces and the PNP in the distribution of the grants, which shall be distributed door-to-door.

“Failure of LGUs to comply (with the memorandum) shall be dealt with in accordance with section 6 of RA 11496 (Bayanihan act),” said Año. Section 6 of the act sets a penalty of two months of imprisonment and a fine of up to P1 million to violators of the law. – With Jocelyn Montemayor and Victor Reyes