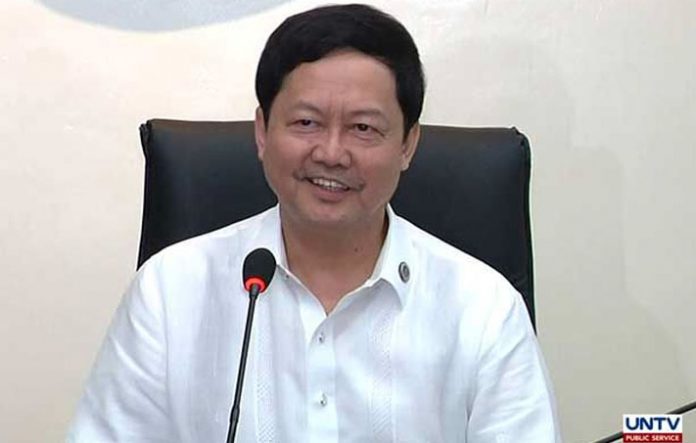 THE Philippine Health Insurance Corporation (PhilHealth), the Bureau of Customs, Bureau of Internal Revenue, the Department of Public Works and Highways, and the Land Registration Authority are among the first government agencies that will be investigated for allegations of rampant corruption, Justice Secretary Menardo said yesterday.

He said lawmakers and members of other branches of government will also be investigated if they were engaged in corrupt practices involving the executive department.

Guevarra heads a “mega task force” created by President Duterte to investigate allegations of corruption in all government agencies. The task force will operate until the end of the President’s term in 2022. The President announced the creation of the task force in a taped address aired on Tuesday when he also said corruption persists in government.

He also heads a task force created in August to look into alleged rampant corruption in PhilHealth. The task force has made initial recommendations to the President, including the filing of charges against several officials of the state insurer.

The DPWH was recently called out by Duterte who said corruption is in every transaction and project of the department. Transactions at the customs bureau are allegedly accompanied by bribery by shippers, and mis-declaration of the value of shipments are frequently reported. Customs and the BIR are frequently in lists of corrupt agencies in government.

Guevarra said based on the President’s order, the task force should consider the amount involved in corruption, among others.

“We’re talking here about values, magnitude of funds involved, possible impact on the delivery of government services to be considered in choosing kung alin ang iimbestigahan ng (which agency would be investigated by the) task force,” Guevarra said in an interview with radio dzBB.

He also said he met with senior justice officials on Tuesday to discuss how the task force will be organized. Also present in the meeting were Prosecutor General Benedicto Malcontento and NBI officer-in-charge Eric Distor.

Guevarra said it was agreed that the core group tasked to investigate anomalies in PhilHealth, which was formed in August also on Duterte’s order, will compose task force.

The core group includes the DOJ, NBI, Presidential Anti-Corruption Commission, Office of the Special Assistant to the President, National Prosecution Service, and the Anti Money Laundering Council, to be assisted by the Commission on Audit, Civil Service Commission, and the Office of the Ombudsman.

Guevarra said the task force will have other functions.

“We have a twin goal. One is to prosecute those whom we shall find, after due investigation, to have been involved in corrupt practices. Our output is not just recommendatory. We shall file cases directly with the Ombudsman,” Guevarra said in a message to reporters.

“Our other objective is preventive in nature, install anti-corruption mechanisms in government agencies, educate the citizenry on the evils of corruption, promote values of integrity, and civic-mindedness, and the like,” he added.

The Department of Labor and Employment will create as task force that will look into corrupt practices in the agency and possible red tape in its processes, to help the DOJ, said Labor Undersecretary Benjo Benavidez

He said the task force will be authorized to evaluate all information concerning graft and corrupt practices before forwarding them to the DOJ.

Guevarra said the task force will not spare lawmakers and other government officials who may be involved in corruption, which was welcomed by Senate President Vicente Sotto III and Senate minority leader Franklin Drilon

Drilon, however, said that filing of criminal cases under the Anti-Graft and Corrupt Practices Act must be approved by the Ombudsman.

“No government official, including legislators, is above the law. They can be investigated by the DOJ-led task force. The DOJ cannot file cases before the Sandiganbayan. Recall that while Senators Enrile, Revilla, and Estrada were investigated by Secretary De Lima, the filing of anti-graft cases in the Sandiganbayan was the decision of Ombudsman Carpio-Morales,” said Drilon who is a former justice secretary.

With the creation of the task force, Guevarra said he hopes to bring positive results in the next months.

“We are hoping in the next couple of months we’ll be able to produce something as a sign that the task force is actually doing its job,” he added.

Opposition Sen. Francis Pangilinan said the investigation is good but asked Guevarra to include administration allies perceived to be corrupt.

He expressed concern that only members of the opposition would be charged, and with fabricated cases.

The problem with the administration’s anti-corruption campaign is that when an agency’s head is an ally, the official is absolved or tolerated, and in some cases promoted or recycled. He named the Bureau of Customs, Bureau of Corrections, Philippine National Police, and the National Food Authority as examples.

At the House, Rep. Jericho Nograles of the PBA party-list group welcomed the DOJ’s move to investigate corruption under the Duterte administration, including some lawmakers involved in public works anomalies.

Nograles, a younger brother of Cabinet Secretary Karlo Nograles, said the DOJ through the NBI can “definitely provide much-needed case evidence to assist our graft investigators in the Office of the Ombudsman, which has primary jurisdiction in prosecuting corrupt officials.”

Anakalusugan party-list Rep. Michael Defensor earlier said lawmakers who are all allegedly involved in corruption should be identified because it is unfair for the whole institution to be dragged into the controversy.

Nograles said investigators should look into the possible graft in the different layers of government like the cases in the Manila International Airport Authority, the Department of Transportation, the DOE, “and all agencies that have a profound impact on the lives of our people.” — With Wendell Vigilia and Gerard Naval