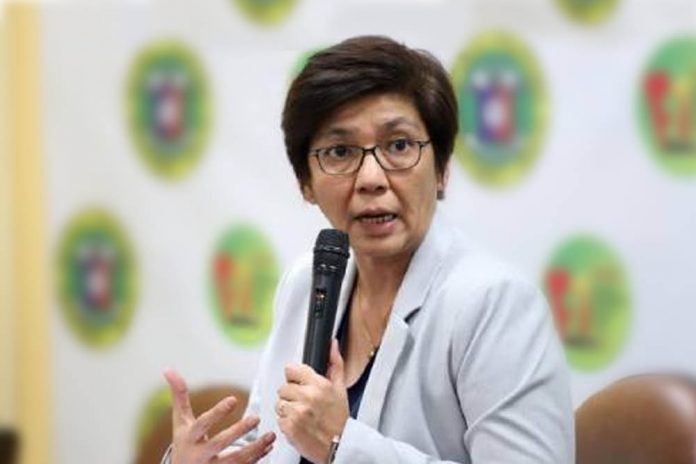 THE rise in coronavirus disease (COVID-19) cases is no longer artificial.

Health undersecretary Maria Rosario Vergeire said the spike in cases reported is no longer due to more testing being conducted by the government but “because there are really cases, there are really clustering of cases that we have been identifying for these past days.”

The Department of Health (DOH) has reported high number of cases over the past four days, which added up to 7,558 from July 3 to 6.

“These numbers that we are having right now should make people more cautious,” Vergeire said as she appealed to the public anew to exercise more caution amid the surge in COVID-19 cases.

Vergeire said the public should be more cautious and strictly follow stay-at-home orders, pointing out that there are growing number of areas where clustering of cases are emerging. The DOH is currently closely monitoring the clustering of cases in a total of 378 barangays in Metro Manila cities and in Cebu City.

Vergeire also noted how several areas have been seeing a sharp increase in cases over the past week.

These include Cebu City, Cebu province, Lapu-Lapu City, Mandaue City in Central Visayas, as well as the city of Manila and Quezon City in Metro Manila.

“So this is not just because we are testing more, but this is really a result of community transmission,” Vergeire said.

Early on in the pandemic, the DOH said the number of confirmed cases was expected to rise as the government had increased its capacity to conduct more testing.

The DOH had described such a surge in cases as being an “artificial” increase since they are just coming from their backlogs.

ROQUE: WE ARE WINNING

Presidential spokesman Harry Roque said the Philippines is “still winning against COVID-19” despite challenges to the critical care capacity of the country.

“I still believe and I want you also to believe that we are still winning because we have lowered the number of those who died of this disease, we contained the spread the disease, and we plateaued at seven days,” Roque said.

He reiterated that while the country had recently reported high number of new cases in a day, the country’s statistics remain good.

He said the positivity rate is 6 to 7 percent for every 100,000 who are tested; the death rates is at 2.9 percent which is lower than the global rate of 5.5 percent; there are three million personal protective equipment available, and a million test kits available; 72 percent of bed capacity in quarantine facilities remains available; and the hospital capacity to attend to patients remain high at 28,000 nationwide. He said of these hospital beds, 8,400 are in Metro Manila and only 3,602 are occupied.

“So, I will always say, we are winning against COVID-19,” Roque said.

He added that it is not important if Metro Manila or Cebu City had been identified as the epicenter of COVID-19 in the country because the “important thing to look at is the case doubling rate, mortality rate, hospital bed availability, critical care capacity”.

But while a surge in cases has been observed in recent days, Vergeire noted how the case doubling time (CDT) of COVID-19 cases in the country remains longer than a week. CDT refers to the time it takes for newly-reported cases to increase two-fold.

“Even though we are seeing an increase in cases reported, as of July 3, our CDT remains at 7.95 days for the entire country,” said Vergeire.

In the National Capital Region, she said the CDT is at 8.39 days, while the CDT for Cebu City is at 7.95 days also.

“It is our goal to further prolong the CDT in order to give our healthcare system enough time to attend to existing COVID-19 patients,” said Vergeire.

As for the reproduction rate, or R-naught, of the novel virus, she said the country is currently at 1.09, which is lower than the R-naught of 3 to 4 when the outbreak started in March.

‘R-naught’ represents the number of new infections estimated to stem from a single case.

For example, if a disease has an R0 of 10, a person who has the disease will transmit it to an average of 10 other people.

“As we have said before, as long as our R-naught is at 1 or less than 1, then we are okay,” said Vergeire.

The DOH spokesperson also noted how the death rate in the country goes in contrast with the recent surge in cases.

Vergeire pointed how the case fatality rate (CFR) in the Philippines has been gradually going down since the start of the pandemic.

“We can see that the deaths here in the country are slowly going down. It is really decreasing. We are only at 2.9 percent case fatality rate,” she said, noting that the number is already a big improvement from the over 10 percent CFR when the pandemic started.

Back in May, the Philippines CFR was at 5.52 percent, before going down to 4.24 percent in June.

Vergeire said the decline in CFR can be attributed to the improving capabilities of healthcare workers in managing COVID-19 cases.

“We are seeing lesser deaths because clinicians now have more evidence and information for them to be able to manage and support patients,” she said.

Vergeire also cited the fact that majority of COVID-19 cases in the country, at 93 percent, are considered as “mild,” while the “severe” and “critical” cases are at 0.8 percent.

Vergeire said the public could expect cases to spike further in the coming days as long as they do not adhere to minimum health standards amid the easing of community restrictions.

“We expect that cases will continue to rise as we open up because there is more contact between people and many are forgetting the minimum health protocols,” said Vergeire.

“We are not experiencing a second wave but an increase in numbers of positive cases due to increase in testing, and community transmission caused by lack of implementation of minimum health standards,” she added.

She, however, stressed that she does not see the return to enhanced community quarantine levels as the solution to the growing number of cases.

“What we need is not necessarily a return to ECQ but rather strict implementation and adherence to health protocols,” said Vergeire.

The Department of Energy (DOE) said that its compound will be placed on lockdown starting today until Friday, July 10, as an added precaution after three of its employees were found to be positive with COVID-19 last week.

However, the agency clarified that only its main building, annex, gymnasium, motor pool and multi-purpose building will be locked down since offices located at its Philippine National Oil Corporation building 5 will still be operating with a minimum skeleton workforce.

“Since last week, three of our employees were found to be COVID-19 positive and several others are under monitoring while on quarantine. Rest assured that our personnel are receiving much needed medical attention. Intensive contact tracing is also being conducted at the moment,” the DOE said.

It also expressed that all essential documentary submissions will be subjected to rigid disinfection procedures but encouraged stakeholders to conduct their transactions virtually.

Muntinlupa City Health Officer Dra. Tet Tuliao buildings 1 and 7 of the housing complex will be locked down for 15 days starting July 8 to 22. Affected by the RLCQ are 80 families composed of 303 individuals.

Tuliao said the two buildings have a total of 15 active cases with a narrow doubling time of 1.89 days, the fastest recorded transmission rate among communities to be put under lockdown in the city.

She added the other residential buildings in the housing complex will be considered as containment zones and are subject to strict quarantine measures following guidelines of the Inter-Agency Task Force on the Management of Emerging Infectious Diseases.

Police Lt. Gen. Guillermo Lorenzo Eleazar, commander of the JTF COVID Shield, said the suspension was based on the decision of Defense Secretary Delfin Lorenzana, who is also National Task Force Against COVID-19 chairman, to suspend the repatriation of LSIs from Manila to decongest quarantine facilities in the three provinces.

Similar travel ban for Eastern Visayas started on June 25, while the same was also imposed for Western Visayas on June 28, along with Cebu and Mactan islands.

Eleazar said they will wait for instructions from the NTF COVID-19 before the end of the travel ban for Eastern Visayas on July 9 and in Western Visayas and Cebu Mactan islands on July 12.

The decision to temporarily suspend the issuance of travel authority to Basilan, Lanao del Sur, and Camiguin were approved on the request of the respective local government units.

The President, who is working from Davao City “for the rest of the week”, is meeting with members of the Cabinet and the IATF on Tuesday night to discuss the status of government efforts to contain the virus and to find ways to cushion its impact in the country.

He was expected to address the nation after the meeting. – With Jocelyn Montemayor, Jed Macapagal and Raymond Africa