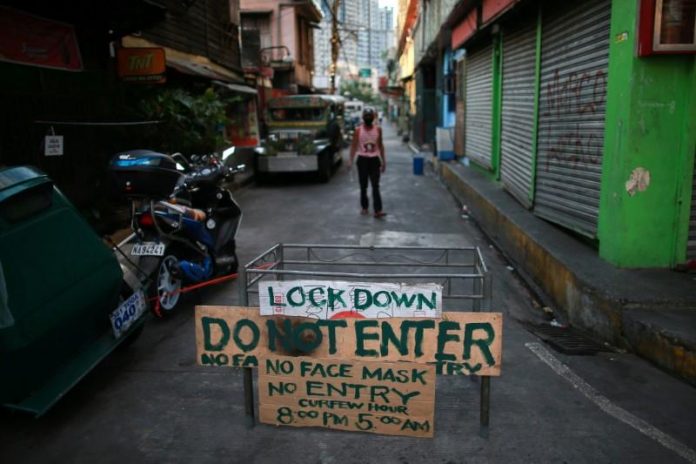 AFTER four straight days of record-setting numbers, the Department of Health on Monday reported “just” 3,226 new coronavirus disease (COVID-19) cases but 46 new deaths raised the number of fatalities to 2,104.

In its latest bulletin, the DOH said the number of COVID-19 cases in the country has risen to 106,330.

The DOH said 275 more patients recovered, meaning the number of survivors is up to 65,821.

Twenty-eight more overseas Filipinos have been infected with COVID-19 while 22 more have succumbed to the virus, the Department of Foreign Affairs said.

The additional cases were registered in three countries in Asia and the Pacific, Europe and the Middle East.

The number of overseas Filipinos infected with the deadly virus has increased to 9,597 in 71 countries, with 5,653 having recovered and 3,251 still being treated.

The 22 additional fatalities brought the death toll to 693 from 671 as of Saturday. No new death was reported on Sunday.

Of the overseas Filipinos infected with the virus, 6,795 were reported in the Middle East and African regions, along with 417 deaths.

Europe as registered 1,113 Pinoy cases and 95 deaths while the Americas reported 762 cases and 175 deaths.

In Asia and the Pacific region, 927 Filipinos have been infected with the virus along with six fatalities.

The DFA also reported that four Filipino crew members of the Norwegian luxury ship MS Roald Amundsen have tested positive for COVId-19 while 123 more are waiting for the results of their tests “expected to be out early this week.”

“The Philippine Embassy is closely monitoring the situation and stands ready to extend assistance as needed,” the DFA said.

Foreign media reports earlier said 32 Filipino crew were among 40 passengers and crew who had tested positive for the virus aboard the luxury ship.

Thousands of Filipino seamen who were laid off in various cruise ships have been repatriated to the Philippines since February.