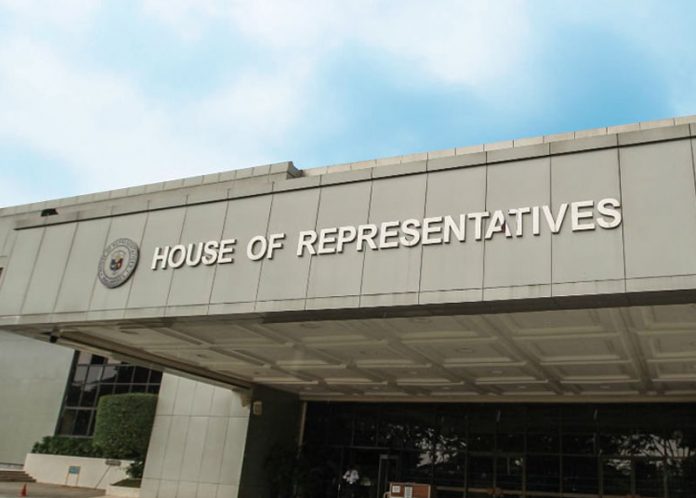 THE Department of Public Works and Highways (DPWH) got an additional appropriation of P27.5 billion in the final version of the P4.5-trillion national budget for 2021, which lawmakers ratified last night.

The bicameral conference committee on the 2021 budget reconciled the differing versions of the budget measure during their second meeting held at the Shangri-La Hotel in Makati City.

Present during the signing of the final version were Sen. Juan Edgardo Angara, who is the chairman of the Senate finance committee, and Rep. Eric Yap, chairman of the House appropriations committee. Other lawmakers who were physically present were senators Sherwin Gatchalian and Pia Cayetano, and Reps. Bernadette Dy and Mikee Romero.

Angara said the proposed national budget was geared towards the fight against the COVID-19 pandemic and economic recovery due to losses from the community quarantines and recent typhoons.

“Inside the line items of this budget, our people will see that indeed there is a path out of this pandemic and recession and that we are not without hope,” Angara said.

Angara said there is a total of P72.5 billion appropriated for the purchase, storage, and distribution of COVID-19 vaccines. He said they will move to extend the validity of the Bayanihan to Recover as Once Act (Bayanihan 2) which will expire on Dec. 19 when Congress goes on a holiday break, so that the P10 billion appropriated for COVID-19 vaccines under it can still be spent next year.

“Under the budget for 2021, there is P72.5 billion total for vaccines, while under Bayanihan 2, there is P10 billion. So, total of P82.5 billion once budget is passed into law,” Angara said.

The Senate last night ratified the reconciled version of the proposed national budget.

Lacson voted ‘no’ against the ratification and said he will submit his explanation in writing.

Speaker Lord Allan Velasco said that with the passage of a new budget, the Philippines will be in a better position to beat COVID-19 and recover from its devastating impacts next year.

The Senate was still discussing the bicameral report in plenary as of press time.

Velasco said the enrolled bill on the budget will be forwarded to Malacañang next week for President Duterte’s signature.

Angara’s office issued a list of the top 10 departments which got the biggest appropriations.

A comparison made with the National Expenditure Program and the bicameral report showed a significant increase in the budget appropriation for the DPWH, whose annual budget has always been questioned due to issues of alleged kickbacks, “parked” funds, double appropriations, and overlapping projects, among others.

Under the Malacañang proposed NEP, the DPWH budget stood at P667.3-billion but it increased to P694.8 billion in the final budget report.

Lacson questioned the increase in the DPWH budget despite the department’s low average disbursement rate over the years, which stood at P81.9 billion or only 37 percent from 2011 to 2019.

Angara said some P200 billion of DPWH’s budget for 2020 was borrowed by the national government which was used to fund COVID-19 related programs such as the social amelioration program. He said the bicameral panel approved the increase in the department’s budget so it can catch up with infrastructure programs which were not implemented this year.

“The reason is because we are trying to catch up in terms of infrastructure. That’s why I think for 2021, we have carried over around P135-billion worth of projects. If we delete that, we are just talking of P500 billion. We are really catching up with infra projects in the 2021 budget,” Angara said.

Lacson said his reference of the DPWH having a low disbursement rate was not based on the past two years but rather from 2017 to the present.

“I’m just putting that into (the) record so we can be informed and probably next year again, when we go back in plenary and question the same issues, these will be brought out. So, it has been a vicious cycle, Mr. President, that’s why I am asking that question for future reference. We should learn from this data,” Lacson said.

Lacson has earlier introduced a P60 billion cut from the DPWH budget and proposed that these be realigned to government programs in the fight against the COVID-19 pandemic, economic recovery, and rehabilitation of communities hit hard by the recent typhoons.

The bicameral group also kept intact the P19- billion proposed budget for the National Task Force to End Local Communists Armed Conflict, of which P16.4 billion will go to more than 800 barangays to sustain government efforts to clear the localities of communist insurgents.

Yap said the Department of Labor and Employment (DOLE) also received a budget augmentation of P3.177 billion, majority of which was allocated for the Office of the Secretary’s Tulong Panghanapbuhay sa Ating Disadvantaged or Displaced Workers Program or TUPAD.

He said the bicam also increased the budget for Livelihood and Emergency Employment Program and the Government Internship Program (GIP) by P5.09 billion, bringing its total to P19 billion.

The amount will be used for the implementation of TUPAD for workers affected by COVID-19 and for the stipend equivalent to the minimum wage prevailing in the regions of GIP beneficiaries, who are 18 years old and above.

The bicam also allotted P1.6 billion to the Department of Social Welfare and Development for its alternative family care program, which is designed to provide protective services for individuals, families and communities in difficult circumstances.

Lacson decried what he said was the lack of transparency in the bicameral discussions and decisions as he complained about the failure of the Senate’s Legislative Budget Research and Monitoring Office (LBRMO) to furnish his office copies of the detailed amendments to the made to the General Appropriations Bill during the bicameral meeting.

“That was the impression we got when my staff talked to LBRMO – that they can’t yet give us a copy since the HOR [House of Representatives] wasn’t done as of this [Tuesday] afternoon. Let’s see. It’s not as if we can be denied our copy forever,” Lacson said.
Lacson had earlier questioned the “Committee of Two” which allowed Angara and Yap to reconcile the differences in the budget measures passed by the Senate and House.

Lacson, a member of the Senate bicam panel, was not able to attend the first and second bicam meets, as he presided over the red-tagging hearing on the first meet, and also presided the appointment of foreign affairs officials and confirmation of the promotion of military officers during yesterday’s second meeting.

Yap said a total of P23 billion was realigned to fund the rehabilitation of areas devastated by the recent string of typhoons under the final version of the P4.5 trillion national budget.

Yap said the amount was taken from projects and programs that are least needed next year and those that are “unimplementable” within a year, including those that still need validation by the DPWH.

“We determined which ones are unimplementable, the ones least needed and we moved it to help provinces like Cagayan and those in Bicol, (like) Albay, that’s where we moved the budget for infrastructure, roads, things they need,” he told reporters. “We all know that their roads were wiped out. They weren’t only flooded, their roads were destroyed.”

Typhoon Ulysses battered the National Capital Region (NCR) along with Bicol, Calabarzon, Cagayan and Isabela in the North last week, leading to massive floods in Metro Manila, especially in Marikina City, similar to those that happened during the onslaught of storm Ondoy in 2009.

Under the budget submitted by President Rodrigo Duterte to Congress in August, the calamity fund was at P20 billion, up by P4 billion from this year’s P16 billion. However, of the P20 billion, P5 billion will go for Marawi reconstruction, while P6.25 billion would be augmentation for the quick response funds of six agencies.

Camarines Sur Rep. Luis Raymund Villafuerte, whose province was one of the worst-hit by the typhoons, earlier said a “lion’s share” of the calamity budget in next year’s GAA should be earmarked for the relief and rehabilitation work in Camarines Sur and the rest of Bicol along with the other places devastated by three successive typhoons in barely two weeks’ time and the economic fallout from the prolonged pandemic.

Yap said the bicameral panel was able to address complaints of alleged inequitable distribution of allocations among districts but admitted that it is impossible to divide it equally because the need varies for every district.

“We’ve addressed the uneven allocations. Some districts got bigger allocations but we couldn’t make it even, equally divide it among (districts),” said the lawmaker.

Yap said it’s impossible to divide the budget equally because “there are big districts and there are small ones, every terrain is different.”

“In Albay, we’re constructing an expressway so normally the budget will increase. In Benguet, a road collapsed even without the typhoon, without calamity, it still collapsed because the area is mountainous,” he said.

He said big-ticket items under the Build, Build, Build projects in some districts should also be considered a factor on the distribution of infrastructure allocations.

DOH pushes use of telemedicine