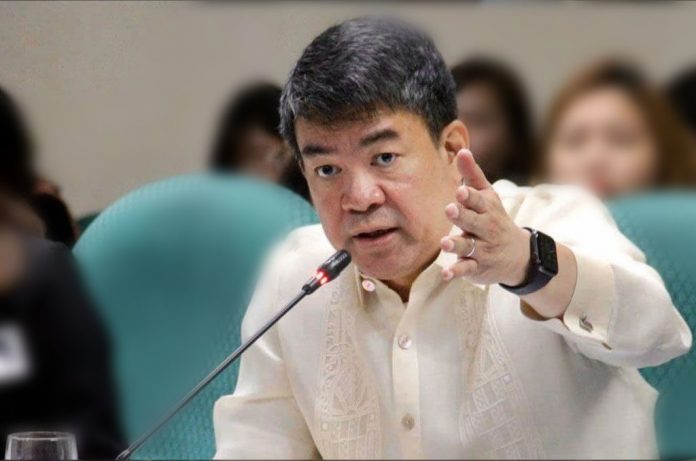 LAWYER Rico Quicho on Monday said he filed before the Department of Justice a letter-complaint through email against Sen. Aquilino “Koko”Pimentel III for violating infection and home quarantine protocols on the novel coronavirus disease (COVID-19).

Quicho, who initiated an appeal to lawyers and other groups to sue Pimentel, said the letter-complaint “detailed the clear facts and circumstances that establish his direct violation of Republic Act 11332 and its implementing rules and other DOH regulations.”

“As a lawyer and an advocate of the rule of law, I cannot in good conscience allow the reckless actions of Sen. Koko Pimentel to be brushed aside so easily. He blatantly violated laws, which put the lives and health of frontliners and even ordinary citizens at grave risk,” Quicho said on his social media account after he filed the case.

Quicho said Pimentel has categorically admitted he breached quarantine rules and health protocols on COVID-19 when he accompanied on March 24 his then expectant wife to the Makati Medical Center, when he should have been under quarantine for suspected infection.

“And yet, because of his position he is still not being made accountable. I hope the DOJ will swiftly act and pursue legal actions against Sen. Koko Pimentel. We trust that the DOJ will be true to its commitment to the Filipino people to uphold the rule of law without fear or favor,” he added.

Earlier, National Bureau of Investigation Director Eric Distor said the agency will invite Pimentel to shed light on his alleged breach of the quarantine rules after he completes his mandatory 14-day quarantine.

Pimentel apologized for the incident after the management of the Makati Medical Center slammed him not only for breaching infection and containment protocols but also endanger the lives of hospital personnel.

Justice Secretary Menardo Guevarra assured the public that the DOJ will apply the law “fairly and uniformly, regardless of the status of the respondent, with due respect at all times to the rights of the respondent.”

“We’ve been waiting for the filing of this complaint. Now that it has been filed, the justice department will schedule the preliminary investigation on such date as may be appropriate considering the current lockdown in Metro Manila,” Guevarra said.

Earlier, the DOJ said it could not initiate an investigation on Pimentel without a formal complaint, a departure from Guevarra’s past statements that anyone could be arrested even without resistance if he or she violate the protocols on the enhanced community quarantine.

Biden win would lift Mexico-US ties but energy is ‘canary...