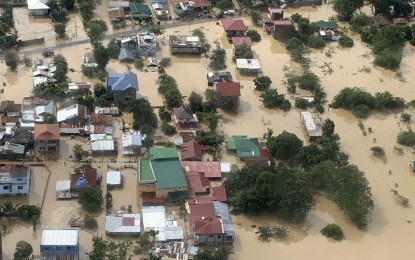 THE provincial government of Cagayan had been warned by government auditors about insufficient preparations for calamities, several months before typhoon “Ulysses” struck last November 11, inducing massive flooding that left at least 13 dead in the province.

Officials have given various explanations for the massive flooding in the province, which Gov. Manuel Mamba said was the worst in about 40 years. Among others, being blamed for the floods is the release of water from Magat Dam.

The Commission on Audit, In a 2019 report released last July 3, said Cagayan was ill-equipped to address emergencies because it did not have even some of the basic tools and equipment listed by the Local Government Academy (LGA).

Under the LGA’s Disaster Preparedness Minimum Standards Volume 2, an LGU is supposed to have on standby equipment and gear for immediate deployment during floods, earthquakes, volcanic eruption, landslides and other natural or man-made calamities.

“The absence of the above-mentioned equipment may affect the province’s ability to prepare for and respond to hazards brought about by flood, earthquake, volcanic eruptions, landslides, and other natural or man-made calamities. As a result, lives and properties of the province’s constituents may be at greater risk,” the audit team said.

The COA recommended that the Cagayan DRRM Council include the procurement of equipment in 2020 to comply with the minimum standard of disaster preparedness and upgrade its ability to respond to hazards and threats.

In its reply, the provincial government agreed to consider, including the procurement of the equipment listed by the LGA.

According to the year-end 2019 financial statement of the Cagayan provincial government, it had P179.7 million on hand as mitigation fund and another P60 million as quick response fund (QRF).

Out of the amount, the province only spent P18.48 million for mitigation and P32.87 million from its QRF.

The Tuguegarao City government had P72.05 million available as mitigation fund (MF) in 2019 but it spent only 31.16 percent of that amount or P22.45 million during the year.

Government auditors said the balance remained idle, which meant the purpose of the MF – funding pre-disaster preparedness programs including training, procurement of life-saving equipment, prepositioning relief supplies and medicines, and payment for insurance – was not fully achieved.

“Examination showed that the use of the 70 percent Mitigation Fund was not maximized.

It said despite being notified of the low utilization, the city government maintained its readiness in disaster mitigation, preparation, response, rehabilitation and recovery.
COA reminded the local government to fully use the fund to ensure better protection of city residents during calamities.

In its answer to the audit findings, the City Disaster Risk Reduction and Management Office said it has formulated an action plan for 2020 to implement priority programs/projects/activities.

It acknowledged that there was a delay in the implementation of the “provision of disaster and rescue, search and emergency transport equipment” and “provision of personal protective equipment, tools, gadgets, and other paraphernalia.”

Ironically, the reason cited for the delay was “unforeseen events like flooding and typhoon.”