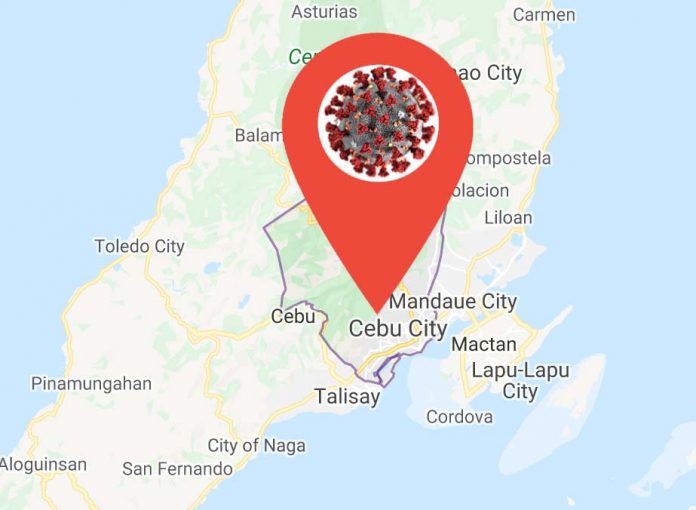 “Yes, more likely because of the rate of infection,” said Año, a member for the Inter-Agency Task Force on the Management of Emerging Infectious Diseases (IATF-EID).

“Cebu (City) has 131 new cases yesterday so we have to do a lot of effort in Cebu…If you compare it to (the) National Capital Region where we have 17 LGUS, we have 356 (cases on Sunday), while 131 in Cebu City so you just can see the number,” said Año.

“Cebu City is getting a lot of new cases and we are worried on the number of deaths,” Año also said.

National Task Force (NTF) on COVID-19 chief implementer Carlito Galvez said a spike in the COVID-19 cases in Cebu City, including its number of critical cases and deaths, has made the city the “focal point” of the disease in the country.

He added that the city’s health care system likewise needs to improve its figures on recovery cases.

Galvez said Cebu City only has seven level three hospitals to treat COVID patients, compared to Metro Manila’s 46. He noted that four of the seven hospitals also treat patients with other ailments from the other provinces in the Visayas.

Galvez said Cebu also reported an “alarming” increase in its severe and critical COVID cases as some of the patients, especially those who are asymptomatic, only get medical treatment in hospitals when their situations are already serious. He cited the case at the Vicente Sotto Medical Center where of the 122 deaths they reported, 86 of the patients died within 48 hours after confinement.

He also said that the situation in Cebu City now resembles the condition when Metro Manila and Luzon were under the enhanced community period.

Asked if this means that the enhanced community quarantine (ECQ) would not be lifted in Cebu, Galvez said he does not want to pre-empt the decision of President Duterte.

He said the interagency task force met on Monday and would again meet on Tuesday before reporting to the President.

Año said the worrisome number of COVID-19 cases in Cebu City prompted President Duterte to designate Environment SEcretary Roy Cimatu as the coordinator of the efforts against COVID-19 in the city.

“And we are sending more people, experts to Cebu City,” said Año, adding that Cabinet officials, led by public works secretary Mark Villar, are visiting Cebu tomorrow “to look for more sites where we can put up isolation or quarantine facilities.”

“It is very important that we extract the positive out of the community and put them in the isolation facilities. We took note that most of the infection in the community is because many of our positive patients are undergoing just home quarantine,” said Año.

He noted about half of the people infected with the virus in the city merely went on home quarantine.

“You know you cannot be sure of those patients, if they are really observing the proper protocols of home quarantine. So it’s better to extract them out of the community to insure the safety of the families and also of course the neighborhood,” Año said.

PNP chief Archie Gamboa said he has issued an order to his men to arrest on sight violators of the enhanced community quarantine in Cebu City.

“Yes, that was my orders there in Cebu because it is a requirement [that people stay at home] due to the spike in [COVID-19] infection that’s why as much as possible there will be no more warnings, they must arrest them on sight,” Gamboa said in a press conference in Camp Crame.

The President reverted Cebu City to ECQ status after a noted increase in COVID-19 infections the past weeks. Duterte noted the hard-headedness of the people who refused to follow health protocols that contributed to the spike in infections.

Gamboa earlier dispatched 150 elite Special Action Force commandos on top of the 100 cops from the Western and Eastern Visayas regions to augment the local police in implementing the ECQ protocols.

Lt. Gen. Guillermo Eleazar, Task Force COVID Shield commander, also approved the use of drones to take videos so that ground commanders can determine which areas they need to send additional men to enforce ECQ protocols.

Gamboa said there has been a significant decrease in the number of people going out of their homes since additional cops were sent in Cebu City.

Gamboa said there are now 671 cops infected with COVID-19 which represents 1.9 percent of the total cases nationwide as of Sunday morning.

Of the number, he said 342 cops or 51 percent have since recovered, while 211 or 62 percent have completely recovered and have been restored to active duty. He said 131 others are awaiting completion of the required quarantine period. He said the PNP has nine deaths due to the virus.

Año has issued show cause orders against officials of a barangay in Cebu City for organizing a festival on Saturday, in violation of quarantine protocols on mass gathering and physical distancing.

Año said policemen will also be asked explain why administrative and criminal charges should not be pursued against them.

“There are so many people violating the quarantine protocols, not wearing mask, not observing physical distancing (in Cebu City). In fact, there was even a fiesta celebration the other day in Basak San Nicolas,” said Año.

Año was referring to last Saturday’s Sinulog street dance and procession that attracted hundreds of participants.

“We are going to file cases against the organizers for violating this quarantine protocols,” Año.

Año said the head of the police community precinct and other policemen assigned with the unit “will be made to explain also.”

DOCS TO THE BARRIOS

The Department of Health (DOH) yesterday defended its decision to reassign some Doctors to the Barrios (DTTB) personnel to Cebu City.

In a statement, the DOH stressed that the situation in Cebu City makes it necessary for the agency to divert medical professionals to the area in a bid to immediately respond to the overwhelming of the health care system there.

“Following the observation that the Cebu City health care system is overwhelmed with patient load at the moment, Health Secretary Francisco Duque III issued a directive to deploy DTTBs and other healthcare workers to urgently respond to the brewing situation,” said the DOH.

“(This is) due to the increasing number of new cases and widespread community transmission in majority of barangays in Cebu City, as well as the consistent case doubling time of less than seven days and the significant increase in critical care utilization against critical care capacity,” it said.

“Pursuant to Proclamation No. 922 and due to the still existing public health emergency, the assistance and cooperation of all government agencies and local government units are expected in addressing this COVID-19 threat. Hence, the DOH acted within the bounds of its authority when it ordered the redeployment of DTTBs,” said DOH Undersecretary Maria Rosario Vergeire in a televised press briefing on Monday.

DOH’s statement comes amid the objections raised by the DTTB Batches 36 and 37 on the reassignment of doctors currently in Western Visayas and Central Visayas to Cebu City.

According to the DTTB, the “abrupt exploitative order” of the DOH to put them in private hospitals in Cebu City is simply unacceptable.

“Doctors to the Barrios Batch 36 and 37 strongly call to desist the abrupt exploitative order to transfer DTTBs from their assigned municipalities in Regions VI and VII to private hospitals in Cebu City,” said DTTB in a statement issued on late Sunday.

“We, the Doctors to the Barrios Batches 36 (ALAB) and 37 (MANDALA) strongly condemn this directive,” it also said.

They said this is mainly due to the fact that the involved doctors were not suitably informed through writing, and that no proper consultation with the stakeholders was done prior to the directive.

They also cited the lack of a detailed guidelines and protocols to protect the doctors in this temporary reassignment; and that it contradicts the thrust of the DTTB Program, which is to serve the disadvantaged communities.

But according to the DOH, the reassignment will only be temporary, and that such a situation is not new as DTTBs have been temporarily redeployed in the past under similar emergency situations, such as the Marawi siege and the Super Typhoon Yolanda response.

The DOH also related that a pre-deployment orientation will be conducted and that the DTTBs will be provided roundtrip transportation, statutory allowances, actual hazard duty pay, accommodations, and other incidental expenses during their deployment period in Cebu City.

Finally, the DOH said the would-be redeployed doctors are rural health physicians, not municipal health officers, which mean that their respective municipalities will not be left doctor-less during their assignment and that health care services will continue. – With Jocelyn Montemayor, Raymond Africa and Gerard Naval

Who is the Ultimate Cake Daddy?

Many Pinoys keen on role of independent press, keeping politicians in...