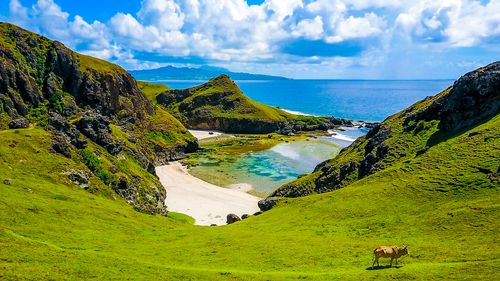 BATANES, the last province in the country standing against the new coronavirus disease (COVID-19), finally yielded to the onslaught of the deadly virus even as 2,025 more cases were reported yesterday by the Department of Health.

Holding its own as the country’s last bastion against the virus until last Sunday, Batanes reported its first confirmed case on Monday, courtesy of a locally stranded individual who arrived last September 22 aboard an Air Force aircraft and tested positive in a swab test but remained asymptomatic.

“This is the first confirmed COVID case in the province,” the provincial government said.

“The patient is currently with no symptoms; however, for precautionary measure, the patient is under strict isolation at the Batanes Resort and is being strictly observed and managed.”

In its latest bulletin on new cases, the DOH said 628 came from the National Capital Region, while Cavite reported 279, Negros Occidental 218, Laguna 108, and Bulacan 102.
Overall, the number of infections in the country rose to 309,303.

There were 68 more deaths, raising the number of fatalities to 5,448. Majority of the new deaths were recorded in Metro Manila with 26. Other deaths were mostly reported from Western Visayas (13), CALABARZON (7), and Central Luzon (6).

The DOH said there were 290 new recoveries, raising the number of survivors to 252,930.

The Department of Foreign Affairs said 40 more overseas Filipinos were infected with the deadly virus, bringing the total number so far to 10,507. The new cases were recorded in the Americas, Asia and the Pacific and Europe.

The DFA also recorded 51 new recoveries in Asia and the Pacific and Europe, bringing the total recoveries to 6,727.

No new fatality was reported. As of Monday, 781 overseas Filipinos have succumbed to the virus.

In a related development, the 16 Filipino seamen and three land-based workers who were stranded in China for several months due to the pandemic arrived in Manila yesterday morning onboard a chartered flight.

In its September 27 report, the DOH said there are now a total of 2,075 clusters reported nationwide. This include 1,749 in communities, 105 in hospitals, 36 in prison facilities, and 185 in other settings.

The regions with highest number of areas with clustering were NCR, Calabarzon, Central Visayas, and Central Luzon.

In Metro Manila, there were 556 clusters, including 461 in communities, 37 in hospitals, 12 prison facilities, and 46 other settings.

In Calabarzon, there were 421 clusters, including 391 in communities, 7 in hospitals, 4 prison facilities, and 19 other settings.

In Central Visayas, there were 209 clusters, including 193 in communities, 4 in hospitals, 7 prison facilities, and 5 other settings.

In Central Luzon, there were 188 clusters, including 173 in communities, 3 in hospitals, 4 prison facilities, and 8 other settings.

Health Undersecretary Maria Rosario Vergeire said the presence of clustering contributed to the decision to maintain the general community quarantine in some parts of the country. – With Ashzel Hachero and Victor Reyes