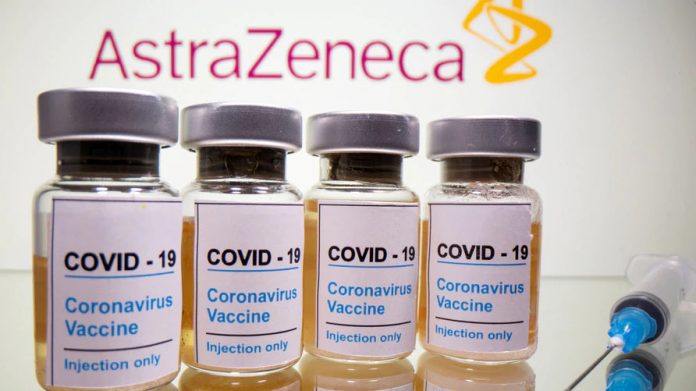 THE Food and Drug Administration yesterday suspended the use of AstraZeneca’s coronavirus disease (COVID-19) vaccine for individuals under 60 years old, amid reports of blood clotting and platelet drop among vaccinees overseas.

Under the emergency use authorization (EUA) issued by the FDA in January, vaccines made by the British-Swedish firm AstraZeneca Plc may be used for all individuals aged 18 years and older.

No incident of blood clotting and platelet drop has been reported among vaccine recipients in the Philippines since the national vaccination drive started on March 1.

FDA Director General Eric Domingo said the temporary suspension is based on the latest findings of the European Medicine Agency (EMA) that out of the 200 million recipients of AstraZeneca vaccines, 16 cases of blood clotting and platelet drops among females aged 60 and younger are seen as possibly connected to the vaccine. The EMA recommended the inclusion of blood clots as a rare side effect of the AstraZeneca vaccine, he also said.

“This temporary suspension does not mean that the vaccine is unsafe or ineffective – it just means that we are taking precautionary measures to ensure the safety of every Filipino,” he said.

Domingo said the National Adverse Events Following Immunization Committee (NAEFIC) deemed it best to order the temporary suspension despite the absence of the adverse events.

The Philippines has received 525,600 doses of AstraZeneca vaccines from the COVAX Facility, which have since been used.

It has so far administered nearly 923,000 doses of China’s Sinovac Biotech and AstraZeneca vaccines, part of its goal of inoculating 70 million of its 108 million population this year.

The Philippines is the latest country to restrict the usage of AstraZeneca vaccines.

Several countries in Europe have announced restrictions on the use of the AstraZeneca vaccine in younger people, after a link was found to very rare blood clots, mostly in women under 60 years of age within two weeks of vaccination.

Italy changed its policy on Wednesday, saying that from now on it would recommend the use of AstraZeneca only for those over the age of 60. Spain said it will give AstraZeneca’s vaccine only to people over 60 years old.

But the European Medicines Agency (EMA), the EU’s drugs regulator, held back from issuing guidelines, saying countries would have to assess the balance of risks themselves, based on local conditions that vary widely across the bloc.

“We try to provide as much information as possible on the benefits and the risks we have identified, and based on that and the pandemic situation in a member state – the infection rate, the availability of different vaccines – the different member states can take different decisions on who to vaccinate,” EMA executive director Emer Cooke told a briefing.

Cooke said the risk of dying from COVID-19 was “much greater” than the risk of mortality from rare side effects.

“It is very important that we use the vaccines we have to try and beat this pandemic,” she said.

Sabine Straus, chair of the EMA’s safety committee, said side-effects were not unexpected as vaccines were rolled out on a large scale.

The EMA has received reports of 169 cases of a rare brain blood clot known as cerebral venous sinus thrombosis (CVST), as of April 4, Straus said. That’s out of 34 million doses of the shot administered in the European Economic Area.

There have also been three cases of blood clots with low platelets after the use of the Johnson & Johnson shot, Peter Arlett, head of data analytics and methods task force, said.

Experts said it was too early to say whether these events were connected to the vaccine.
Domingo assured the public there is enough basis to expand the use of the Sinovac vaccine, CoronaVac, to senior citizens.

Domingo on Wednesday said the FDA, based on the recommendation of the Vaccine Experts Panel, is allowing the use of Sinovac’s vaccine on senior citizens, considering “the current situation of high COVID-19 transmission and limited available vaccines.”

The FDA also said senior citizens to be given CoronaVac must first undergo evaluation of his health status and exposure risks.

In the EUA issued to Sinovac in February, the FDA said that CoronaVac may be given only to healthy members of the population aged 18 to 59 years.

“With the WHO (World Health Organization), the minimum set is 50 percent. In the Brazil trials (of Sinovac) among 400 elderlies, we saw 51 to 52 percent efficacy rate,” said Domingo.

He also said some 700 healthcare workers in the country, aged 60 and older, have been given Sinovac vaccines after they signed waivers.

Finally, he cited the current predicament of the Philippines, wherein there is vaccine shortage while cases are on the rise.

“There is really a high risk for senior citizens as a large percentage of them succumb to COVID-19. On the other hand, the AEFIs are low and are within acceptable levels. Really, the benefits do outweigh the risks,” he said.

Sen. Francis Pangilinan appealed to the World Health Organization (WHO) to prioritize the Philippines in its list of vaccine beneficiaries to prevent a collapse to the country’s healthcare system due to the rising number of COVID-19 infections.

Pangilinan made the appeal after the WHO Western Pacific regional director Takeshi Kasai said the country must avoid crossing the “red line,” a situation wherein the number of cases exceeds the healthcare capacity.

“We are urging WHO to put the Philippines on top of the list of beneficiaries in its COVAX Facility and deliver to us the urgently needed vaccines to avert the collapse of our healthcare system,” Pangilinan said.

He also called on the Inter Agency Task Force for the Management of Emerging Infectious Diseases to negotiate with the WHO for the early delivery of vaccines “to prevent the situation from deteriorating into a humanitarian crisis.”

Pangilinan said he also asked the help of the international community in stopping the spike in cases, during the Liberal Party Presidents’ hybrid meeting Wednesday night. – With Raymond Africa and Reuters

UK households suffer bigger hit than in Germany and France

Pending mining applications may be subject to new rules