THE Department of Interior and Local Government (DILG) will check out the recent mass gatherings attended by Sen. Emmanuel Pacquiao and presidential spokesman Harry Roque where safety protocols, specifically social distancing, to control the spread of the coronavirus disease (COVID-19) were said to be disregarded. 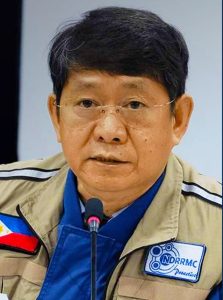 Interior Secretary Eduardo Año yesterday said a “fact-finding” will be conducted on the Batangas and Bantayan, Cebu events where Pacquiao and Roque were separately seen speaking to a crowd where people sat close together in total disregard of the six-meter apart distance.

Año is a key member of the Inter-Agency Task Force for the Management of Emerging Infectious Diseases.

The DILG chief said apologies from the camps of the two officials would not be enough.

“You cannot just say sorry it was not controlled, that’s difficult,” he said, adding: “We’ll make sure there will be fact-finding and if anyone should be held accountable, we’ll look into it.”

Año was referring to a social media viral video showing Pacquiao distributing food packs on Thursday and Friday to residents of Batangas and Cavite who were affected by recent typhoons, also compromising social distancing. 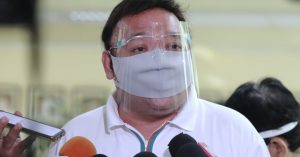 Also on Friday in Bantayan Island, Cebu, Roque was photographed speaking to a large crowd, in violation of the IATF protocol against mass gathering and observance of physical distancing. The people were however wearing face masks.

Roque said he was just a guest who had no control of the crowd that attended the opening of the Bantayan Island Airport.

Roque, who said that he had ensured that he himself complied with the minimum health standards protocols, said he even reminded the crowd who attended the event to follow health protocols.

“I had to reiterate for the audience to keep on their masks. As a precautionary measure, I observed physical distancing and reminded those who were present to observe the minimum health standards. Also, I did not shake hands and I wore a face mask. The activity where I was seen speaking before a crowd was organized by the local government, which I had no control as a guest,” he said.

He welcomed Año’s announcement that the DILG would have a fact-finding investigation team to review and look into the event to determine if anyone should be held accountable.

More policemen will be deployed in places of convergence like markets, churches and malls in anticipation of the influx of people in these areas during the coming Christmas season, Joint Task Force COVID Shield chief Lt. Gen. Cesar Hawtorne Binag.

Bnag said the task force will double its presence in these areas to ensure health protocols, including the wearing of face mask and observance of physical distancing.

“Our (DILG) secretary ordered the continuous strict enforcement of quarantine protocols, especially during the Christmas season and the strict implementation of of the minimul health standards should be also continuous,” said Binag.

“We ordered the doubling of our deployment, our visibility, in areas like markets, churches, malls, seaports, terminals. These are the areas where people converge, especially now that we opened up our economy and increased our social activities,” he added.

In Divisoria in Manila where large number of people are expected to flock for their holiday shopping, Binag said he has already directed the director of the Manila Police District to address the concern.

Binag said the MPD had already sent more men in Division to help ensure COVID-19 protocols are followed. He said the policemen are augmented by barangay security personnel, noting the PNP cannot guard every square inch of the place.

Año said he ordered an increase police presence in these markets and malls because people are already excited to go out and participate in shopping mall sales.

“So we ordered the LGUs and the Philippine National Police to deploy additional enforcers in bazaars, markets and malls because we have to enforce health protocols like social distancing,” said Año. – With Jocelyn Montemayor