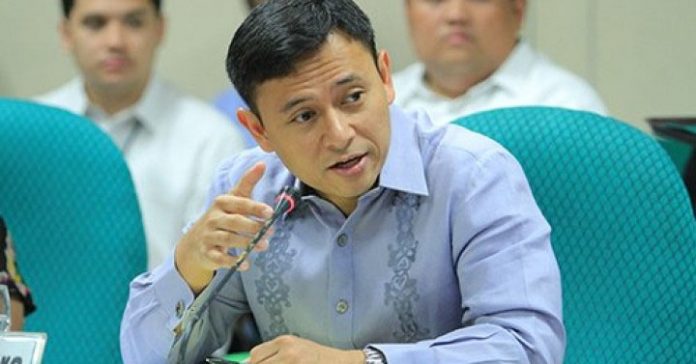 VARIATIONS in the Senate and House of Representatives’ approved versions of the proposed P4.506-trillion national budget for 2001 will be settled by the chairmen of the appropriations committee of the two chambers.

Sen. Juan Edgardo Angara, chairman of the Senate finance committee, and ACT-CIS party-list Rep. Eric Yap, chair of the House committee on appropriations, will sit down and reconcile the differing provisions in the proposed budget measure and then go back to the bigger bicameral panel to get the consensus of the rest of the members.

Angara was optimistic that the bicameral discussions will run smoothly, noting that both chambers made sure that the annual budget would fully support the government’s COVID-19 response and calamity rehabilitation programs.

“The Senate usually makes extensive changes in the General Appropriations Bill (GAB). But I think, what’s good is we are both focused at COVID response. That’s why when it comes to [the purchase of] vaccines, health programs, I don’t think we will have much disagreements,” Angara said in a chance interview after the bicameral adjourned.

Members of the bicameral committee met at 10 a.m. yesterday at the Shangri-La Hotel in Makati City. Physically present from the Senate side were Angara and Senators Pia Cayetano, Joel Villanueva, Sherwin Gatchalian, and Ramon Revilla Jr.

The participants from both panels first underwent COVID-19 antigen testing to make sure none of them was infected with the coronavirus.

The bicameral meeting adjourned a few minutes after congressmen and senators authorized Angara and Yap to iron out the two chambers’ differing versions of the 2021 national budget bill.

The two lawmakers were designated to hold one-on-one meetings this week to discuss the proposed amendments of each House and reconcile the conflicting provisions of the GAB.

Both sides said they would try to have the measure approved in the bicameral level before Congress adjourns on December 19 so it could reach the President’s desk within three weeks after the bicam deliberation is completed.

The next meeting of Angara and Yap has yet to be scheduled.

Angara said the Senate has introduced a number of amendments to the GAB, among them an increase in the budget for the health sector, additional funds for hiring of more health personnel, increase in bed capacities of hospitals, increase in calamity funds and for the rehabilitation of typhoon-affected communities, and pour in additional funds to the government’s national broadband program.

“That’s the few big items that I can recall,” Angara said.

“Our goal is to finish the budget this week, by Friday,” Yap said, adding: “Our goal is ultimately the same: to have appropriate funding for COVID-19 vaccines and to allocate budget for regions severely affected by calamities.”

Angara said the Senate has realigned budgets to be added to the government’s calamity funds for next year.

“We’ve done that in the Senate version. It’s just a matter of seeing how much the House also wants to. We will convince them that that’s [one of the] priority. I think probably, that’s the least of our worries because everyone knows it’s one of the challenges of our time,” he added.

When asked if he sees problems in resolving the issues on infrastructure projects, Angara said: “I think we’ll wait. Usually there’s amicable agreement with the leadership and members.”

Sen. Panfilo Lacson has questioned the appropriations for infrastructure projects under the Department of Public Works and Highways proposed budget, noting among others double appropriations and overlapping of projects in the more than 200 congressional districts in the country.

Despite Lacson’s allegations, Yap insisted that the House version of the GAB is above board, particularly the infrastructure project allocations for legislative districts nationwide.

“All I see are multi-purpose buildings that can be converted into quarantine facilities. I see budget for building necessary infrastructure such as schools and hospitals. The rest are road networks, valid projects under President Rodrigo Duterte’s Build Build Build program,” he said.

Yap urged the Senate bicameral panel to accommodate Speaker Lord Allan Velasco’s request for a P5-billion increase in calamity fund for the reconstruction of areas devastated by recent typhoons, as well as additional funding for the purchase of COVID-19 vaccines.

Presidential spokesman Harry Roque said lawmakers should hasten the passage of the 2021 budget and submit it either this week or next week to Malacañang to give President Duterte a chance to review and decide whether to pass, veto or implement line vetoes in the final version of the budget bill.

“It will still be published and the President would need time to scrutinize and determine if there will be some line veto in the budget. But we hope, if not this week, then the next week, because otherwise we might not have much time to review the budget,” Roque said as he stressed the need to have the budget enacted this month. – With Jocelyn Montemayor