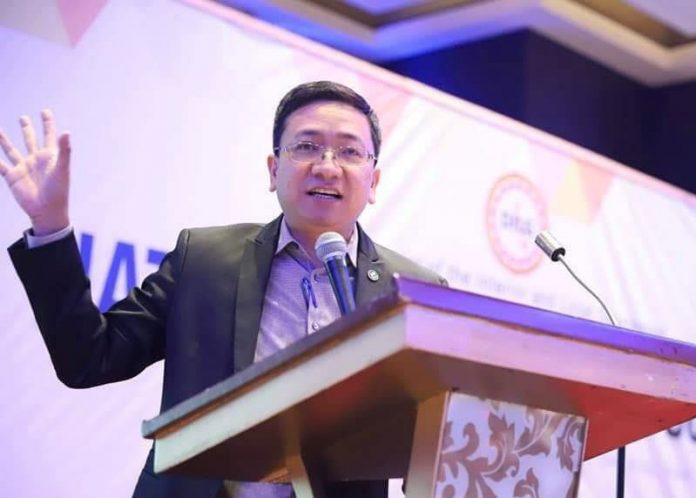 THE Department of Interior and Local Government (DILG) on Sunday said charges will be filed against barangay leaders who illegally collect fees before issuing quarantine passes to families in their jurisdictions.

In a radio interview, DILG spokesman Jonathan Malaya said the department has issued an order prohibiting the collection of fees before the passes are released. The pass allows one member per family to get out of their homes to buy medicines or food supplies.

“It’s clear that this is prohibited. Just report to us at the DILG (the officials involved) and we are going to make sure that we’re going to call their attention and file charges against them because what they are doing is illegal,” Malaya said.

He did not name names but said some of the erring barangay officials are from Metro Manila and from the provinces of Camarines Sur and Bataan.

“This is not right because first, we are in a period of calamity. They (barangay officials) should help by providing food and assistance to their constituents, instead of collecting (such fees),” he added.

The DILG has received reports that some barangay officials were charging P30 to P50 from their constituents for the quarantine pass.

Malaya also warned barangay executives not to charge fees from cargo trucks delivering food and other essential products that are passing through their barangays.

Malaya reminded all barangay leaders that the Inter-Agency Task Force for Emerging Infectious Diseases has declared that all cargo trucks carrying both essential and non-essential goods should be allowed through the borders unhampered.

Martin Dino, DILG undersecretary for barangay operations, is looking into the reports and has vowed to hold accountable the barangay officials engaged in the malpractice.

Malaya said barangay officials cannot cite inadequate funding to justify the illegal collection of the fees. “Imposing fees on the people is not the solution. The solution is go to your mayors, because the funds are there, it’s in the local government. Go to your mayors, do not impose fees for passes or sell the passes to raise funds,” said Malaya.

Half of Europe’s small firms fear for their survival

‘No condition set by China for PH access to vaccines’

Shining beacons of hope and togetherness this Christmas