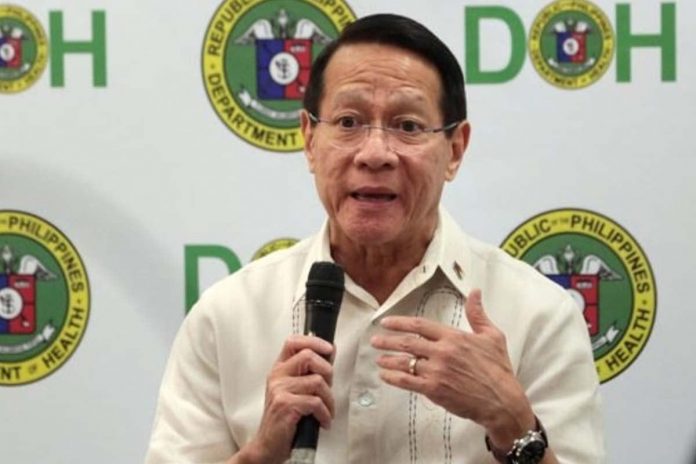 THE Philippines yesterday became the 48th country in the world to detect the B.1.351 (South Africa) variant in its local cases, even as 30 more cases of the B.1.1.7 (UK) variant were tallied by the Department of Health (DOH).

In a statement, the DOH reported that six cases of the South African variant were detected from the latest batch of 350 samples sequenced by the Philippine Genome Center (PGC).

“While there is no evidence that this variant causes more severe disease, the pattern of mutations within this variant suggests higher transmissibility and may have an impact on vaccine efficacy,” the DOH quickly said to temper public concern over the presence of the new variant.

Of the six South African variant cases, the DOH said three are local cases, two are returning Overseas Filipinos (ROFs), and one is still being verified as to its location.

On the other hand, the two ROFs arrived in the country from UAE and Qatar, respectively. Their statuses are still being verified.

The DOH said it is currently verifying if the sixth case is a local case or an ROF.

Rubiano said health experts are still assessing if the South African variant can be linked to the spike in cases in the city. “With the help of Department of Health, we are still investigating the reasons why there’s a sudden increase of active cases on COVID-19,” she said.

She added the city government has intensified its contact tracing activities to stop the further transmission of the virus.

Health Secretary Francisco Duque III, investigations are ongoing as to where the South African variant came from.

“We have to get a complete picture as to where they came from. Investigations are underway to establish connections between locally detected variants to ROFs,” said Duque in a television interview.

Asked whether the presence of different COVID-19 variants in the country have been causing the recent spike in cases, Health Undersecretary Maria Rosario Vergeire said: “The probability is always there because there are variants detected and cases are rising. We know that the variant can aggravate. We know the variant can be another factor that hasten the increase in the transmission.”

The health official, however, did not rule out the possibility that the recent surge in cases are also due to other factors.

“There are other underlying factors, such as complacency, interzonal movement, mobility of people. These are also causing the increase in the number of cases,” she said.

“We need to do a thorough analysis for us to be able to really confirm and say that the variants would be the cause of increase in cases,” added Vergeire.

As to the UK variant, the DOH said the PGC has also detected an additional 30 cases in the country.

With five of the previously identified 62 UK variant cases confirmed as belonging to other variants, the DOH said there are currently 87 B.1.1.7 variant cases in the country.

“With the addition of the 30 cases detected in the latest genome sequencing batch, the total B.1.1.7 variant cases in the country is now at 87,” the DOH said.

The 20 detected ROFs arrived in the country from the Middle East, Singapore, and the United States of America between January 20 and February 16, 2021, with 13 being asymptomatic active cases, while seven have already recovered.

On the other hand, the DOH said three of the new UK variant cases are from the Cordillera Administrative Region, with their linkage to previously reported UK variant cases in the region still being investigated.

Previously, the DOH has declared the presence of a local transmission of the UK variant in Bontoc, Mountain Province.

Health Undersecretary Maria Rosario Vergeire said they are currently assessing if there is also a local transmission of either the UK or South African variant in Pasay City.

“We are not yet declaring local transmission in Pasay. We are still trying to validate,” said Vergeire.

The DOH said also found in the 8th batch of samples sequenced by the PGC were two additional cases with “mutations of interest”.

“Two additional samples from Region 7 were found to have both N501Y and E484K mutations,” said the DOH, adding the total number of “mutations of interest” remains to be at 34.

Duque vowed to send more aid, including vaccines, to Pasay City following a spike in cases in the area. He said the vaccines would help protect the healthcare workers from the city down to barangay levels.

On the other hand, Ifugao, Lapu-Lapu City, Mandaue City and Cebu City are now under moderate risk level in terms of health care utilization rate.

Interior undersecretary and spokesman Jonathan Malaya assured the public that PNP and other authorities are still strictly implementing minimum health standards under the harmonized travel protocols.

On Monday, Robredo criticized the decision of the Inter-Agency Task Force for the Management of Emerging Infection Diseases to remove swab test results and 14-day quarantines as a requirement for domestic travelers.

Though supporting the move to standardize travel requirements, Robredo said removing the two requirements for travelers may only lead to a spike in COVID-19 cases.

Robredo noted COVID-19 cases were concentrated in Metro Manila but spread throughout the country when locally-stranded individuals were allowed to return to the province. She said she does not want a similar case from happening again.

But Malaya said the Vice President’s “criticism over this decision is misplaced.”

“When the Vice President said that it was the Locally Stranded Individuals who were responsible for the spread of COVID to the provinces, this was in the early days of the pandemic when our infection rates were high and compliance with minimum health standards were very low. A year later, compliance is now high, our active cases are low, and our people know what to do to protect themselves and their families,” said Malaya.

The IATF has removed the presentation of a travel authority from PNP and a medical certificate from local government units as requirements for inter-province trips in a bid to further open up the economy.

Malaya said the swab test was actually not a requirement by the national government for travelers. He said it was the LGUs which required the testing to prevent the spread of the virus.

“Now, under the new protocols, the PCR test may still be required by the LGU of destination. Therefore, travelers just need to check with their LGU if its required. But please take note that LGUs can only require the RT-PCR test and cannot require the antigen or rapid tests as requirement for travel,” said Malaya.

As to quarantine requirements, Malysia said health professionals do not see a need to subject travelers to facility-based quarantine unless they exhibit symptoms upon arrival at the LGU destination.

Malaya stressed there is a need to streamline local regulations to revive the travel and tourism sector, which lost P1.04 trillion last year, which were severely affected by the COVID lockdowns.

“We needed to streamline because we need to revive our economy and address the hunger, loss of jobs and economic opportunities that came as a result of the travel restrictions,” said Malaya. – with Noel Talacay, Jocelyn Montemayor and Victor Reyes