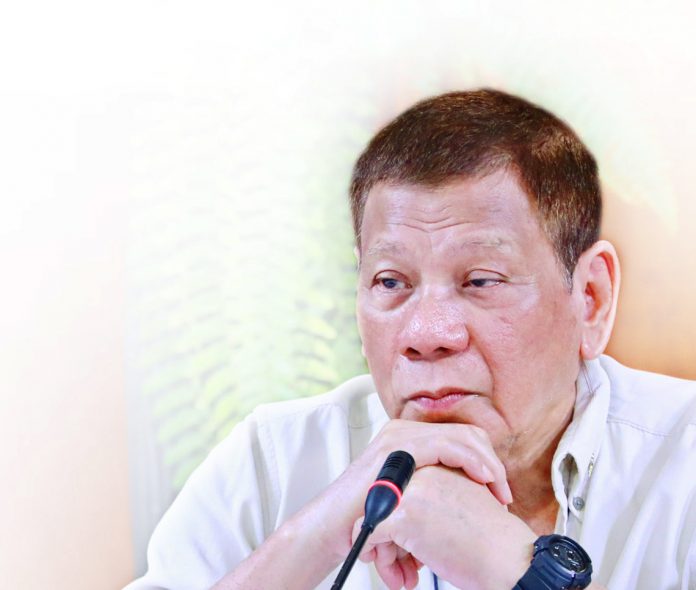 PRESIDENT Duterte will address the United Nations General Assembly (UNGA) today, the first time since becoming president in 2016, and discuss the COVID-19 pandemic, human rights, and terrorism, among other issues.

“The President will speak on the first day of the high-level general debate on 22 September 2020 within the 0900-1445H (9am to 2:45 pm) window, New York time. This will be the President’s first time to address the UN General Assembly, the main deliberative organ of the UN where all the 193 member states are represented,” said Robert Borje, presidential adviser for foreign affairs and concurrent chief of presidential protocol.

Borje said the President decided to attend this year’s event because he recognized the urgency of issues confronting the world and the need for world cooperation.

“The President recognizes that the Philippines cannot do it alone and the United Nations is the world’s biggest platform where one country can articulate a country’s principled position on many items and many issues. This is why he decided to join the UN General Assembly high-level debate this month,” Borje said.

Duterte has criticized the UN over several issues, like its comments on his campaign against illegal drugs and alleged human rights violations linked to it. He has called the UN “inutile” and even threatened to with the Philippines’ membership in the international body.
Duterte will be the 12th world leader to speak after Qatar.

“President Duterte will articulate Philippine positions on a wide range of issues of key importance to the country, such as the global response to the coronavirus pandemic; peace and security, including terrorism and geopolitical developments in the Asia Pacific; sustainable development and climate change; the rule of law; justice and human rights, including the situation of migrant workers and refugees; peacekeeping and UN reforms,” Borje said.

He said this year’s event is significant as the international body marks the 75th anniversary of the establishment of the United Nations and it would be the first time that the high-level meetings will be done virtually due to the COVID-19 pandemic.

The year’s session, which has the theme: “The future we want, the United Nations we need: reaffirming our collective commitment to multilateralism – confronting COVID-19 through effective multilateral action,” will be presided by UNGA President Volkan Bozkir.

Borje, asked if the territorial dispute in the South China Sea would be raised by the President, said Duterte may tackle it when he discusses the “Philippine positions on terrorism, geopolitical developments in Asia & the Pacific.”

He added that he would “leave it to the people to judge how strong” the Philippines’ statement is on the territorial dispute, including the Permanent Court of Arbitration ruling in favor of the Philippines.

Borje said the President is also expected to take up the human rights issues in the country, which may touch on the threat of some European Union Parliament members to revoke the zero-tariff export status given the Philippines under the Generalized Scheme of Preferences Plus (GSP+) unless it improves its human rights situation.

“This is again the UN General Assembly and the biggest platform of the world to engage our friends and partners and [unclear]. And yes, that could be part of the President’s speech. He will address issues on human rights and justice,” he said.

Apart from the members of the EU, the UN Human Rights Council last year approved a resolution seeking a review on the human rights situation in the Philippines, including killings linked to the anti-drug campaign.

World leaders came together on Monday, virtually, to mark the 75th anniversary of the United Nations, as the pandemic challenges the effectiveness and solidarity of the 193-member world body.

The one-day special event comes ahead of the annual meeting of world leaders at the United Nations, which starts on Tuesday with no presidents or prime ministers physically present in New York. All statements have been pre-recorded and will be broadcast in the General Assembly hall.

The United Nations was created when countries came together after World War Two to prevent another such conflict. While there has not been World War Three, leaders will adopt a statement on Monday acknowledging “moments of disappointment.” — With Reuters