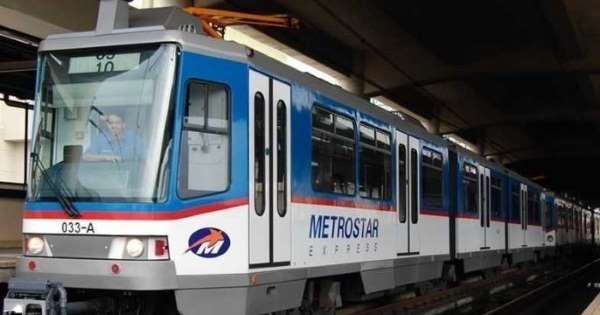 THE Department of Transportation (DOTr) yesterday said 193 personnel involved in the operations and maintenance of the Metro Rail Transit Line 3 (MRT-3) have tested positive for the novel coronavirus, including 15 ticket sellers who were earlier assigned in stations where commuters board the coaches.

“Our latest figures, as of yesterday at 12 noon we have 198 (sic) positive cases, 177 are depot personnel and another 16 who were assigned to different stations. Of the latter, there were 15 ticket sellers – eight from North Avenue station, three from Cubao station, two from GMA/Kamuning Station and one from Quezon Avenue station,” Batan said.

The discovery of the infection among MRT-3 personnel prompted the temporary shutdown of the rail operations on orders of the Inter-Agency Task Force for the Management of Emerging Infectious Diseases (IATF-EID) to prevent the further spread of infection.

Batan said the DOTr is still consulting authorities on how to properly conduct contact tracing.

“At present, we are working in coordination with the Department of Health (DOH) on how to properly undertake contact tracing. The DOH advised us to make an announcement so that our passengers who used these ticketing stations can observe their symptoms and if they have concerns, to promptly seek assistance in our health centers,” Batan said.

He acknowledged that the suspension of MRT-3 operations made the transport problem worse for thousands of commuters.

“We are working with the LTFRB (Land Transportation Franchising and Regulatory Board) and the MMDA (Metropolitan Manila Development Authority) for additional bus units to augment those servicing the MRT-3 line,” he said.

He said there are now 90 buses released from the terminal at three-minute intervals on top of 190 that were earlier approved by the LTFRB to service the median lane of EDSA.

Batan said he expects that all disinfection and clean up procedures will have been completed by the time the five days suspension of operations are up.

“We are eyeing to resume operation by next week after our five-day suspension of operations. There is a chance we can start sooner based on the results of the RT-PCR (reverse transcription polymerase chain reaction) for all our MRT-3 employees,” he said.

He said employees who have tested negative for the virus are being tallied to create a manpower pool in sufficient number to restart the operations.

“As soon as we have the minimum required for the number of personnel to enable us to resume operations of the MRT 3 we will do so,” Batan said.

MRT-3 Director Michael Capati said they have traced the assigned stations and schedule of duty of all ticket sellers who were infected with the virus.

Capati advised MRT-3 passengers who bought tickets during the time periods that the sellers were on duty to observe their conditions and undergo home quarantine.

The headquarters of the Metropolitan Manila Development Authority (MMDA) will be closed on Thursday and Friday (July 9 and 10) for sanitation and disinfection, MMDA chairman Danilo Lim said yesterday.

“Upon the recommendation of the MMDA COVID-19 Committee, we have decided to suspend the operations at our offices for sanitation and disinfection to protect not only our personnel but also the transacting public against the virus,” Lim said.

The closure comes after four MMDA personnel tested positive for the virus.

Lim said the agency has already started conducting mass rapid testing and confirmatory swab tests on all of its personnel.

All MMDA personnel who need to report for work on Wednesday will be sent home at 2 p.m. as their workplaces will undergo sanitation and disinfection procedures until Sunday (July 12). No employee will be allowed to enter any office during this time.

Lim said that they are now conducting contact tracing of people who had close encounters with them. He has all those who had contacts with the four positive personnel are required to go on a 14-day quarantine in the MMDA’s own quarantine facility.

The facility is located at the MMDA’s parking area. It has two sections – one each for suspect and probable cases. Each section has a 24-bed capacity, shower rooms, comfort rooms and lavatories, fully-air conditioned, WI-FI connection and meals.

Lim said MMDA will step up its health protocols, which includes: visitors with official business will first stay in the reception area for verification, no personal visits are allowed, all deliveries shall be transacted only at the reception lobby; and visitors will be required to fill-up health declaration forms for contact tracing. – With Noel Talacay