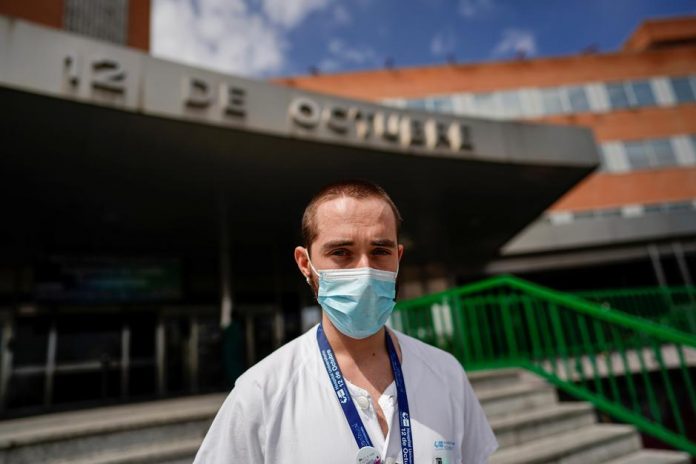 FOR young doctors like 26-year-old Christian Vigil, battling on the frontline against the new coronavirus is a journey back in time to an era they can scarcely imagine.

“We feel like doctors a century ago when we didn’t have antibiotics,” said Vigil, who works in intensive care at Madrid’s overloaded October 12 Hospital.

He, like other doctors and nurses of his generation, trained in an age when medicine is at the peak of its powers, with a huge arsenal of life-saving treatments and equipment.

Now, they are being handed a sobering lesson on its limits.

“The feeling that you can offer the patient nothing, and that you have so many patients with the disease, is frustrating. It’s an impotence we are not used to experiencing,” Vigil added in a phone interview at home after resting from a 24-hour shift.

There is no vaccine for the COVID-19 disease caused by the coronavirus, and although most infected people do recover, deaths are soaring as it races around the world. Spain has lost more than 14,500 citizens, the world’s second largest toll.

Given social isolation to curb contagion, patients often die without their loved ones near, comforted only by medical staff.

“That feeling when you realise there is nothing left you can do is very hard, especially with someone you start getting to know,” Vigil said, describing a 70-year-old woman dying on his watch, despite oxygen treatment.

“Basically, the lung is not able to oxygenate the blood and the patient dies. It’s a bit like drowning.”

As they battle a highly infectious disease often defying treatment and killing at a rate they have never seen, the young medics find themselves in emergency conditions usually faced in conflicts or natural disasters. Heavy workloads and fear of infecting others when they leave work add to the strain.

“Some of these nurses are in their early twenties,” said Rahuldeb Sarkar, 42, a consultant physician in respiratory medicine in the English county of Kent. “It can break a hardened war veteran, so they will obviously be affected by this.” 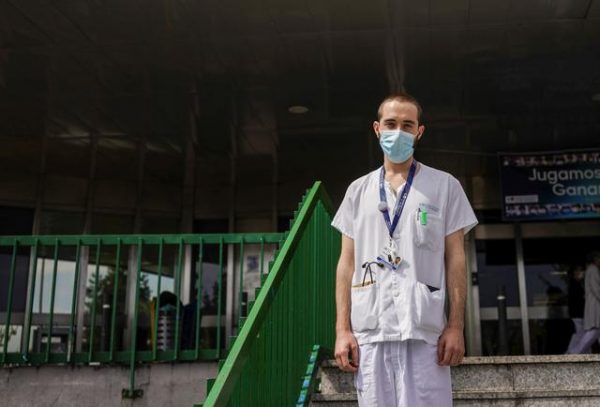 With the coronavirus crisis stretching capacities for intensive care beds and ventilators, doctors face appalling dilemmas, including who to prioritise with precious resources, who stands most chance of pulling through.

“As a young doctor, these decisions are difficult – even when you are not alone,” said Joyce Scholtens, a 27-year-old doctor at the Epicura Hospital in Boussu, a Belgian town near the French border. In her hospital, experienced doctors make the big calls, but based on the assessment of younger colleagues, who thus share the weight of responsibility.

“We try very hard. It really moves us and it makes us evolve,” Scholtens said.

To switch off in Madrid, Vigil shares a beer with his two flat-mates: one also a doctor, another a film student.

He reads, watches TV – currently the “Euphoria” series about a group of high school students – or chats with his parents back in his hometown of Aviles in Spain’s northwest Asturias region.

They are anxious for him, but also proud, especially when the nation pauses nightly to honour its health workers.

“They told me they go out everyday at 8 p.m. to applaud and that it’s me they applaud,” Vigil said.

On top of their core medical work, the doctors are conduits to worried families, both for daily telephone updates or to pass on personal items: bags, a phone charger, whatever they need.

They are also counsellors, helping patients contain their fears, while also dealing with their own risk of contagion.

Vigil, who on a recent day counted about 120 patients in the waiting room as he left, said he seeks to project “serenity” to his charges. He trusts his youth and protective gear to keep him safe, though admits: “If I were 60, I wouldn’t be that calm.”

Vigil dreamt of becoming a doctor in his teens, and the current experience has not put him off. He has a very practical message for the public and government leaders going forward.

“I don’t want people to have too romantic an image of us doctors and forget that we also need good working conditions,” he said. “In normal times, we are also overwhelmed.”