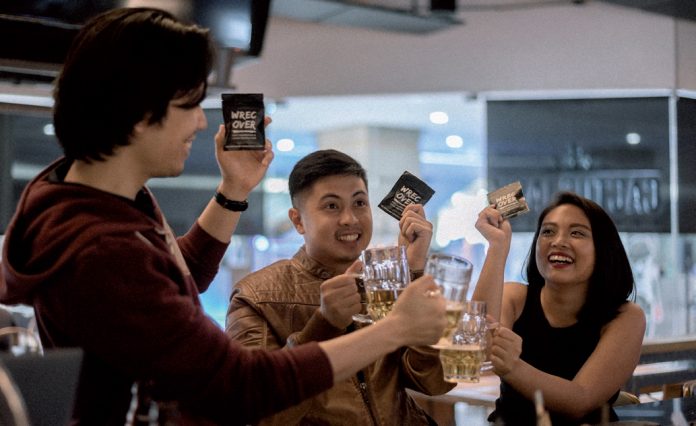 It may seem overwhelming to go to party after party, down drink after drink, and come out unscathed, but you can go to as much social gatherings as you want without waking up completely sloshed the next day.

While it may be tempting to out-drink your friends, gone are the days when competitive guzzling with one another was viewed as a sign of strength. Swallow your pride instead of your 13th tequila shot and slow down. That way, you’ll view drinking as it ought to be: a relaxing bonding activity best shared with friends instead of a blood sport with potential foes.

There’s a science to eating first before drinking alcohol. According to the Health Promotion Agency, food dilutes the alcohol and drastically slows its absorption into the bloodstream by preventing it from passing quickly into the small intestine.

With enough alcohol, even the simplest, most basic thought can elude you. What you think you know starts becoming blurry, from the name of the new person you just met to where you placed your phone. Even your plans to get home is suddenly wiped clean from our memory banks. So before you start drinking, let your sober self schedule a ride, ask the designated driver to bring you home later, or better yet, prevent the “tipsy” you from ever coming out in the first place.

Don’t accept drinks from strangers. Having fun with your friends may be interrupted by a not-so-well-meaning stranger with ill intentions. The drink they may give you may pack a punch harder than you can take because of other, sketchy, unwanted substances in the mix.

Excessive drinking can also lead to liver complications. When drinking out, remember to get WrecOver: an FDA-approved supplement with a special formulation of safe and powerful ingredients designed to protect your liver and brain and prevent hangovers so you can wake up with no regrets the next day.

Feasting on a budget