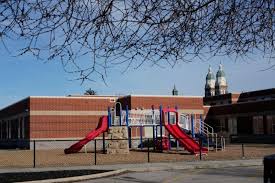 WASHINGTON. —Social distancing during the coronavirus pandemic has forced states to rethink their approach to social work, whether by finding safe strategies for staff to check on at-risk children in their homes or resorting to virtual visits.

Social workers and union officials representing them in states including New Jersey, Massachusetts, Illinois and Oregon said they are pushing their agencies to adapt at a time when entering a stranger’s home could expose them to a serious and sometimes deadly illness.

The changes are not always coming fast enough. An Oregon caseworker who spoke on condition of anonymity said she visited a foster child in her care on Monday to discover that the girl was coughing and had been ill. The social worker asked the girl to step outside of the house and stayed the recommended 6 feet (1.8 m) away from her while they spoke.

Four days later, the state changed its rules to allow some visits with foster kids to be conducted by video message rather than an in-person visit. The social worker on Friday reported no symptoms of the coronavirus now present in all 50 U.S. states.

“Out of this crisis, to be perfectly honest, we are going to see lots of change in practice,” said Peter MacKinnon, a 20-year social work veteran who is now the president of SEIU Local 509 in Massachusetts. “We are going be forced to experiment with things that we wouldn’t normally be comfortable experimenting with.”

This is a critical time for at-risk children, welfare advocates and experts said. The wave of school closings across the United States means that many families are spending far more time cooped up together at home than they are accustomed to.

Threats of layoffs, or actual job losses, could exacerbate stress in homes where parents suffer from substance abuse, mental health problems or have a history of domestic violence, said William Waldman, a professor at the Rutgers University School of Social Work.

“One of the issues that drives abuse and neglect is stress,” Waldman said. “Everybody’s stressed out now.”

Calls and text messages to Childhelp, which runs a 24-hour child abuse hotline, are up about 10% through the first 18 days of March compared with the comparable period in February, the group said.

While the increase in calls does not necessarily directly reflect an increase in abuse, it does suggest rising anxiety, the group said.

“A teen reached out the minute she found out her school was closed for three weeks,” said Daphne Young, a spokeswoman for the group. “She was worried that now she was going to be home with her abuser.”

School closings also mean teachers and guidance counselors, who are obligated by law to report suspected abuse, are not in daily contact with children.

Most states are also instructing workers to call ahead before a visit, and ask questions about whether anyone in the house may be exhibiting symptoms of COVID-19, the highly contagious respiratory disease caused by the coronavirus.

New Jersey has created a pool of case workers who volunteer to enter infected homes wearing masks, gloves and goggles. It has also started letting many employees work from home after an employee petition.

“I totally understand that people are fearful,” said Christine Norbut Beyer, commissioner for New Jersey’s Department of Children and Families. “This is an unprecedented time.”

In Illinois, child abuse investigators called to homes where people are sick are being told in some circumstances to call properly equipped emergency personnel to enter the house and report back on what they see, a union official said.