Most people have a landscape place in mind where they go that contains memories, dreams, and daydreams. Once mentally in that place, remembrance occurs. Vic Bachoco’s latest exhibit titled “Reflections” elicits specificity to one’s personal connection to a landscape. The artist documents nature as seen between the rocks, clouds, memories, daydreams, and lifecycles. 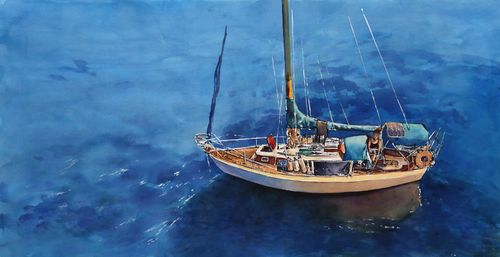 Watercolor is the medium that plays a big part in capturing the essence of a faded memory and lends itself nicely to the way Bachoco paints. Colors are applied in a way to give the artwork itself a narrative and history, where the process of its creation can be glimpsed at in places – similar to the way in which the memory deals with the hazy recollection of a place once visited.

He attempts to capture and communicate his personal experiences as it reflects life with its unceasing process of observing, experiencing, interpreting, storing – and ultimately – reflecting. The result Bachoco strives for is a unique and original visual experience that has captured not only the sense of somewhere or sometime, but also the subtler notion of recollection. Vicente Bachoco was born in Iloilo in 1952. He studied architectural and mechanical drafting at the Iloilo School of Arts and Trades. In 1973, he worked as a trainee artist for a bottling company in Iloilo. He later moved to Manila to work, later living in the Middle East for 17 years, where he worked as airbrush artist/studio manager in a large advertising firm in Saudi Arabia. At present, Bachoco is still making his mark in Manila art circles as a skilled watercolorist. 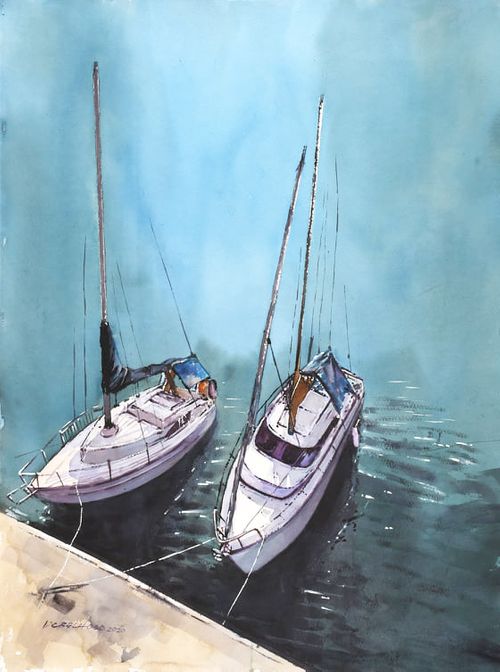 Bachoco’s visual language is a kind of truth-telling, matter-of-fact realism: representations without commentary, just facts, as it were. A prolonged absence heightens one’s attachment to things back home: Consider Tuyo (112), a typical Filipino meal of dried fish, fried egg and a piece of ripe tomato served on a strip of banana leaf. Seen from the context if the Filipino diaspora, this image takes on a whole different meaning if seen through the mind of, say, a domestic helper in Scandinavia, Jeddah, or Hong Kong.

“Reflections” by Vic Bachoco will be on view from September 29 to October 11. Galleria Nicolas is located on the 3/F Art Space, Glorietta 4, Ayala Center, Makati City.