TOKYO. —An iconic cafe and show venue that symbolizes Japan’s “kawaii” pop culture, and is beloved by tourists and celebrities, has shut its doors in Tokyo, the capital, after business dried up following the COVID-19 pandemic.

A funky aesthetic of outlandish colours and designs made Kawaii Monster Cafe in the capital’s youth culture hotspot of Harajuku a hit, drawing overseas A-listers, such as reality star Kim Kardashian, singer Dua Lipa and Jenny of K-pop’s Blackpink. 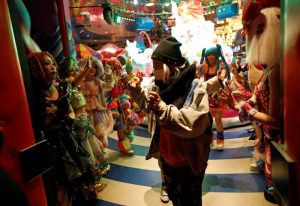 But its five-year run ended on Sunday, in part after overseas clientele disappeared because of border curbs against the pandemic.

Kida was among the fans who flocked for a last chance to see their favorite cosplay-inspired “Monster Girls” staff and soak up the atmosphere in quirkily-themed areas such as the Mushroom Disco and Mel-Tea Room. 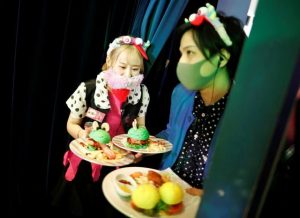 The cafe had hoped to capitalize on strong demand during the 2020 Olympics, but with the outlook still uncertain after the virus forced a year’s delay in the Tokyo games, a decision was made to let the lease expire and shut down.

“I feel it is very hard to keep the business going, without knowing how long the current situation will last,” cafe manager Keisuke Yamada told Reuters. 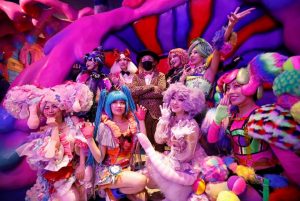 The cafe had kept shorter hours, shutting by 7 p.m., since a temporary closure last spring for about 2-1/2 months after Japan declared a state of emergency over the virus.

Japan, with a tally of 390,687 infections and 5,766 deaths, is expected to extend an emergency for Tokyo and other areas this week as hospitals face pressure despite a drop in cases from their peaks, media have said.

While Sebastian Masuda, the artist who designed the sprawling cafe, said he was sad to see it close, he remained upbeat on the future of the trend-setting district.

“In Harajuku, regardless of age and era, the younger generations will always create new cultures. So I believe that the young generation will make something interesting again.”