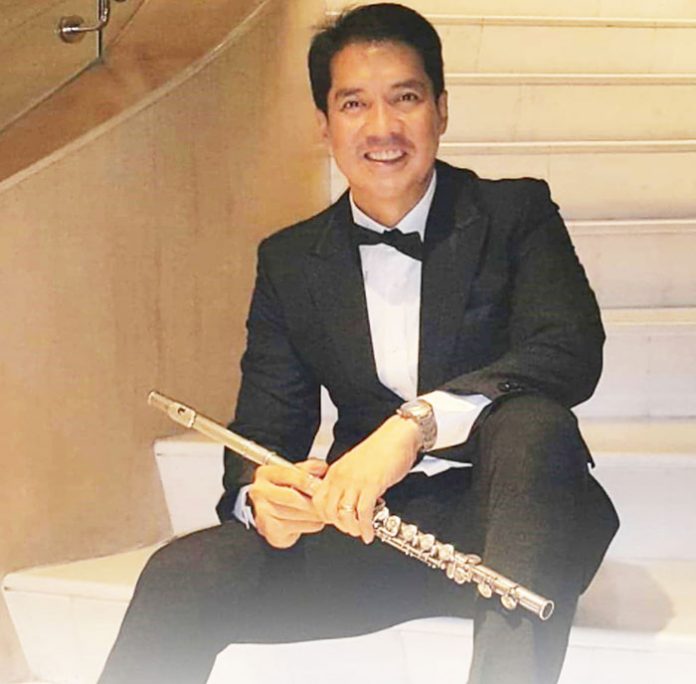 THE Philippine Philharmonic Orchestra’s Instrument Petting Zoo continues with its live online program as it features flutist Hercules Mauricio Santiago on Sunday, August 30, at 4pm via the PPO Facebook page.

Hercules will talk about the flute and demonstrate how it is played in the instrument petting zoo session. He will also perform classical pieces suited for the said instrument.

Santiago studied in the University of the Philippines College of Music, Major in Flute, under the tutelage of Prof. Eric Barcelo. He was also a student of international flutist David Jerome Johnson. He won 1st Place Soloist in the Balik Banda Provincial and Regional level in 1990, in the National Music Competitions for Young Artists as 1st runner-up Flute Category C in 1995.

He was the Principal Flutist of the Manila Youth Symphony Orchestra, U.P. Chamber Orchestra and Manila Symphony Orchestra. He was a member of San Miguel Philharmonic Orchestra, Syrinx Flute Quartet, U.P. Woodwind Quintet and Clarion Flute Quartet. Hercules had been a faculty member as Flute Instructor in the U.P College of Music Extension Program in Diliman, Quezon City and St. Scholastica’s College School of Music in Manila.
Hercules is an active member and conductor of two famous marching bands in Pampanga: Ocampo’s Band 46 of Betis and Band 31 of Sasmuan.

In October 2011, Santiago was officially appointed as the Principal Flutist of the Philippine Philharmonic Orchestra.

A project of the Cultural Center of the Philippines and the Philippine Philharmonic Orchestra, the instrument petting zoo aims to promote appreciation for musical instruments of the orchestra and its music among children and families. It is held every Sunday at 4pm, and runs for several months.