MILAN. – Milan’s La Scala opera house staged a three-hour televised medley of arias and ballet late on Monday after the coronavirus pandemic forced the cancellation of the traditional season opener for the first time since World War Two.

Masked members of the choir and orchestra performed the national anthem in an empty auditorium that in other years would be packed with Italy’s political, business and showbusiness elite for one of the highlights of Milan’s cultural calendar.

Organisers called the show “A riveder le stelle” (“to see the stars again”) in reference to the final phrase in Dante Alighieri’s “Inferno”, signalling hope that the pandemic which has brought Europe’s economy to its knees will soon be overcome.

“This was an extraordinary experience but I hope not to repeat it,” conductor Riccardo Chailly said. 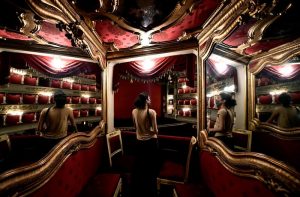 Italy shut its theatres and concert halls in October to contain a resurgence of the pandemic after the summer and the restrictions are due to stay in place until at least after the Christmas holiday season.

Some performances were live and others pre-recorded. They included star dancer Roberto Bolle, who performed a ballet solo surrounded only by light beams.

With the Lombardy region around Milan among the worst affected areas in Europe and still recording thousands of new coronavirus infections every day, it is still unclear how La Scala will stage its planned new season.

In October dozens of La Scala singers and musicians tested positive for the virus, forcing all members of the chorus into quarantine along with members of the orchestra.