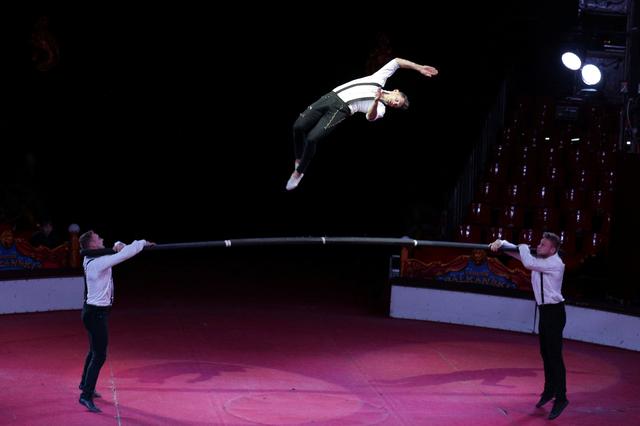 By Tsvetelia Tsolova
SOFIA. – Sitting in his caravan in downtown Sofia, Alexander Balkanski, a former acrobat and trapeze artist and the founder of Bulgaria’s largest circus, swings between hope and despair as he counts the emotional and financial costs of the COVID-19 pandemic.
This year Balkanski, 78, had hoped to celebrate the 200th anniversary of his family’s involvement in circus and the 20th birthday of Circus Balkanski, but the lockdown has drastically curtailed the season, which usually runs from April to November.
Balkanski mortgaged his home to raise 250,000 euros for a new tent ordered to mark the anniversaries. He had to re-arrange his programme six times amid accumulating bills and artist cancellations, and the circus only opened its doors on Sept. 1.
“All over Europe circuses are on their knees, including us,” said Balkanski, whose family originally came from Italy and who himself has been performing since the age of eight. 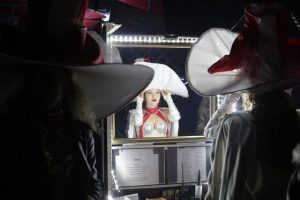 A welcome injection of 50,000 euros in state aid was spent within days on back pay, rents and maintenance bills for his 40-member troupe.
People initially flocked back to the Big Top in September to watch Balkanski’s son and daughter-in-law perform an acrobatic ‘Wheel of Death’ and the ‘Hell Riders’ from Colombia on motorcycles.
Balkanski also contracted aerial gymnasts and other performers from Italy, Ukraine, Moldova and Russia. 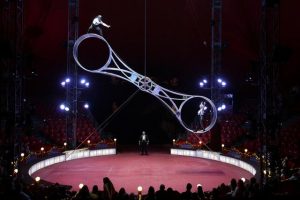 But, like much of Europe, Bulgaria has seen a surge in COVID-19 infections this autumn, and this has quickly dented the numbers of visitors coming to the 2,000-seat venue.
“We started the first week very well, with about 300-600 visitors per day. The second week we saw a 10% drop,” he said.
In recent days, that has slowed to a trickle of a few dozen.
“I do not want circus to die before me. I want to go before the circus dies,” said Balkanski. 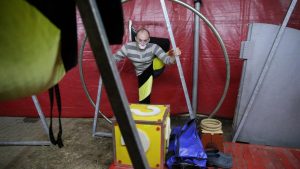 During a long career he has performed to Communist-era leaders such as Bulgaria’s Todor Zhivkov and the Soviet Union’s Leonid Brezhnev, and also to U.S. President Richard Nixon and Britain’s Queen Elizabeth.
His most cherished memory is performing at the Vatican City for Pope John Paul II in 1986.
Despite the challenges posed by the pandemic, Balkanski remains defiant that the show must, and will, go on.
“Bulgaria needs to know that Circus Balkanski is alive. Our season ends on Nov. 22 and I am sure we will have the strength to persevere.”