The Marvel Cinematic Universe might have brought Thor into mainstream popularity, but this character has a deeper history spanning several hundreds of years, starting with the Prose and Poetic Edda. Artist Richard Buxani’s Under the Norse Sun brings to life the stories of Thor, the son of Odin, god of thunder, and protector of mankind and his fabled journey to the land of the giants.

In the story, Thor and his companions, the trickster Loki and Thjalfi travel to a distant land and are subjected to a series of unwinnable tests by the king of the giants, yet these tests were not as they appeared. The tests, in the story, revealed that nothing in the castle had been what it seemed. 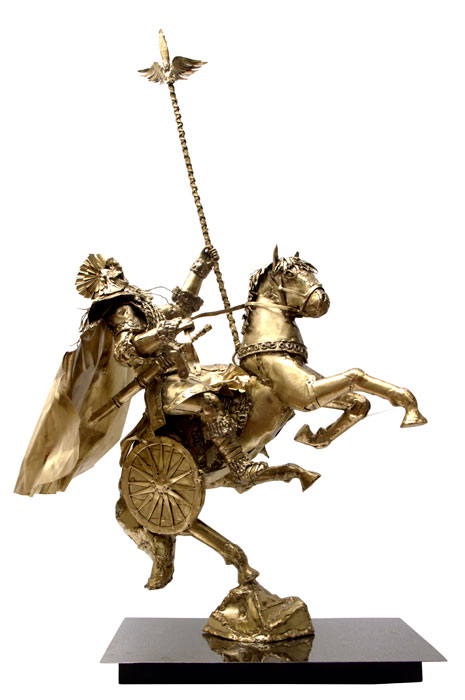 Born of a Filipina mother and an Indian Father, Buxani was raised in Manila where he received a Catholic education from pre-school to college. He studied Architecture at the College of Architecture and Fine Arts (CAFA) in the University of Santo Tomas where he ultimately had his first influences and lessons in art.

He carved his name in the art circles with his sculptures utilizing brass as is medium, evoking a sense of rawness in his works.

Under the Norse Sun features valiant, heroic, and brave postures of the work express emotions that we can all relate to. As anxiety converts to comfort; depression to courage; fear to generosity; despair to hope; loneliness to love, sculptures that evolve from Buxani’s ouevre are jubilant. They lend themselves to lyrical interpretations and hopeful forward-looking themes.

Buxani’s subject matter is never out of fashion, particularly the irresolvable battle of good and evil. The idea behind this exhibit is to show good and evil forces in a very broad way and question the concept of reality. Through this exhibit, Buxani reflects on the many-sided nature of the tragedy of war and the resilience of the human spirit.