THE Cultural Center of the Philippines (CCP) revives its cinema program with a free screening of selected films revisiting one of the most tumultuous periods in Filipino History.

Beginning at 3PM on 25 September, the CCP Arthouse Cinema, through the CCP Channel, will be screening for 48 hours a selection of films featured from past editions of the Cinemalaya Independent Film Festival and the Gawad CCP Para sa Alternatibong Pelikula at Video that tackle the Marcos Martial Law era.

The premiere serves as the first salvo of films relaunching the CCP Arthouse Cinema and CCP Film Society on the digital platform. 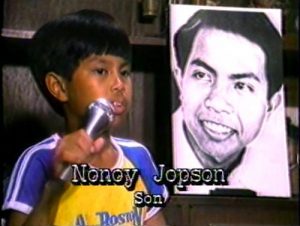 EDJOP (dir. Joe Cuaresma, 1987) follows the life and times of student leader Edgar Jopson.  Famously derided by Marcos as the “son of a grocer” the young “Edjop” led the student movement that sparked the historic First Quarter Storm.  The documentary won the top prize at the first Gawad CCP Para sa Alternatibong Pelikula at Video. 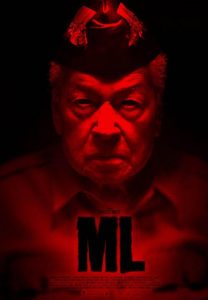 ML (dir. Benedict Mique Jr., 2018) tells the story of college jock Carlo (Tony Labrusca) as he experiences Martial Law style incarceration and interrogation when he stumbles into the demented existence of a retired military general (played to the horrific hilt by Eddie Garcia).  The political thriller won for Eddie Garcia the Best Actor award at Cinemalaya and Best Editing for the film.  It was lauded for direction and editing at the 2019 Gawad Urian Awards.

Sigwa (dir. Joel Lamangan, 2010).  Dolly, a junior correspondent of a US magazine, is sent to the Philippines in 1970 to do a story on student activism in Manila.  She returns after being arrested and deported in 1975, the third year of martial law.  Her mission is personal this time: to look for her daughter, who was supposed to have died 35 years ago, but who, she has been told, is alive. 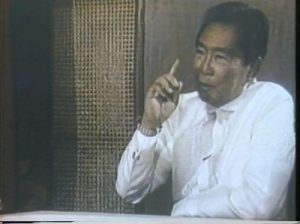 Beyond the Walls of Prison (dir. Lito Tiongson, 1987) is a documentary about the quest for justice and freedom of former political detainees under the new government.  The video bagged Best Documentary at the 1st Gawad CCP Para sa Alternatibong Pelikula at Video.

On the days leading up to the premiere, audiences can learn more about the film by reading the informational content that will be released on the CCP Official Facebook page.  The films will be available for a 48-hour free public viewing beginning at 3PM 25 September on the CCP Channel Vimeo Video-On-Demand Platform.

Audiences may use the promo code NEVERFORGET to avail themselves of the free screening of films.

As part of the online relaunching of the CCP Arthouse Cinema and CCP Film Society, audiences will be able to watch online all of their exclusive offerings featuring the best of Philippine cinema.

The Php100 Membership to the CCP Film Society comes with year-long access to the film screenings and special programs of the CCP Arthouse Cinema.  Those interested to join may visit the CCP Media Arts Division Facebook page for more information.

Zipper lane, tight security are all we offer at...