TOKYO. —Japan’s animators are losing one of the tools of their trade after Mitsubishi Pencil said this week it would scale back a long-running line of coloured pencils.

Mitsubishi Pencil will reduce its 7700 line of hard coloured pencils to a single red iteration starting in June. The three colours to be cut – orange, yellow-green and pale blue – were saved from a broader cull in 2015 after an outcry from the animation industry.

“The 7700 line is an indispensable tool for animation production, with a large impact on individuals and companies anticipated by the end of production,” the Association of Japanese Animators said in a statement. 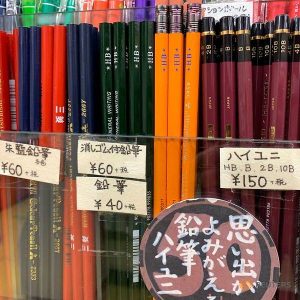 Japan’s iconic manga and anime industries have adopted a growing range of digital tools, but many artists still put pencil to paper during the labour-intensive production process.

Mitsubishi Pencil said procurement problems led to the decision. A company spokeswoman declined to elaborate, saying which raw materials are in short supply is a “trade secret.”

The company, which dates to the 1880s, does not disclose sales figures for the pencils, she said, adding “we’ve enjoyed steady demand from a core group of users in the animation industry.”

Traditional animation dominates in Japan, in contrast to the computer animation popularized by Disney’s Pixar studio.

Although useful for precision work like animating and technical documents, hard pencils can be unforgiving to the amateur.

His centuries-old business still carries the red 7700 pencils, which used to be popular with architects for drafting blueprints.

That work has long since been digitised. “I probably sell about one 7700 red pencil for every 3,000 regular red colour pencils.” Nagatsuma said.