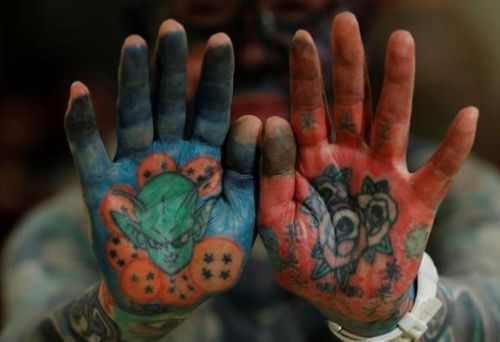 TOKYO. – Shodai Horiren got her first tattoo as a lark on a trip to Australia nearly three decades ago. Now, tattooed head to foot, even on her shaven scalp, she is one of Japan’s most renowned traditional tattoo artists.

“Your house gets old, your parents die, you break up with a lover, kids grow and go,” said Horiren, 52, at her studio just north of Tokyo.

“But a tattoo is with you until you’re cremated and in your grave. That’s the appeal.”

Banned from spas, hot spring resorts, some beaches and many gyms and pools, the enthusiasts hope the presence of tattooed foreign athletes at last year’s Rugby World Cup and next year’s Tokyo Olympic Games – postponed a year due to the coronavirus pandemic – will help sweep away suspicion. 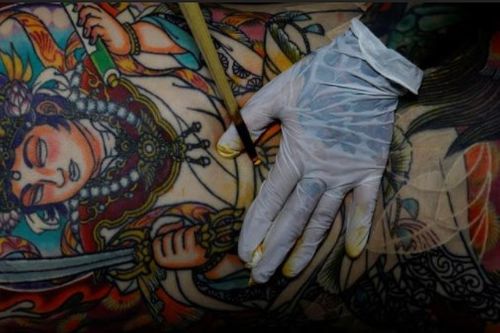 “If you watch the All Blacks do the haka with all their tattoos, it makes your heart beat faster,” said Horiren, referring to New Zealand’s national rugby team and their pre-game ceremony.

“Basketball players are really stylish, too. But here, even boxers cover up with foundation.”

Tattoos have been linked to criminals for as long as 400 years, most recently to yakuza gang members, whose full-body ink-work stops short of hands and neck, allowing concealment under regular clothes.

The popularity of Western rock music, though, with musicians increasingly sporting tattoos, has eaten away at this bias.

A court decision last year that tattoos were for decoration, and were not medical procedures, helped clarify their murky legal status and may signal a shift in attitude – perhaps leading the industry to regulate itself, giving it a more mainstream image.

Referring to them as tattoos rather than “irezumi” – literally meaning “inserting ink” – as is becoming more common, may also help give them a stylish, fashionable veneer.

“Some people get tattoos for deep reasons, but I do it because they’re cute, the same way I might buy a nice blouse,” said Mari Okasaka, 48, a part-time worker who got her first tattoo at 28. Her 24-year-old son, Tenji, is working towards having his whole body covered in ink and colour.

Tattoo devotees are edging into the open as well, meeting at large parties to bare and share their designs.

“We may have tattoos but we are happy and bright people,” said party organizer and scrapyard worker Hiroyuki Nemoto.

Surfer and TV set-maker Takashi Mikajiri, though, is still stopped on some beaches and ordered to cover up.

Rie Yoshihara, who works in a shop dressing tourists in kimonos, said her shocked father has still not seen her full back tattoo, while Okasaka wears long sleeves to take out the garbage so her neighbours won’t talk.

“In America, if you have a tattoo, people don’t really care. There’s not really any reaction,” said Mikajiri.

“That’s the ideal. It’d be really good to just be taken for granted.”