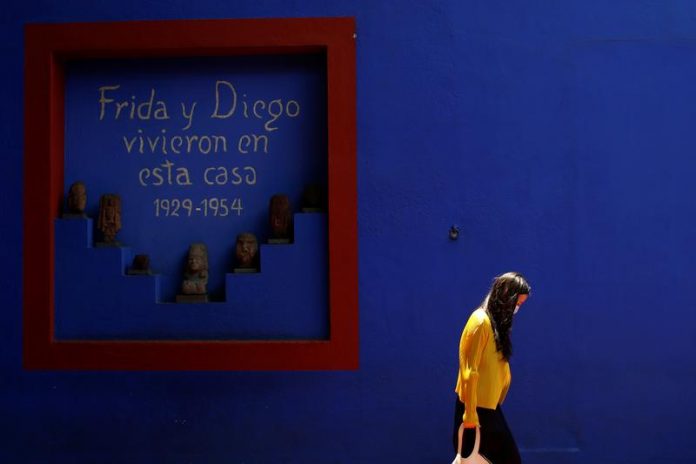 MEXICO CITY. – A traditional Day of the Dead “offering” in Frida Kahlo’s iconic home in Mexico City has taken on a wider artistic homage, with an exhibition helped by French designer Jean Paul Gaultier also remembering artists who have died in past pandemics.

Mexico’s Day of the Dead festival blends Catholic rituals with the pre-Hispanic belief that the dead return once a year from the underworld, and seeks to celebrate the continuity of life.

Traditionally, Mexicans build Day of the Dead altars in their homes and outside, where they place pictures of the dead and items they enjoyed in life.

In Kahlo’s “Blue House,” which is now a museum, organizers put together an offering titled “The Restored Table: Memory and Reencounter,” in collaboration with Gaultier, who was a huge fan of the iconic Mexican artist. The offering included pictures of famed artists who died in previous pandemics, including Italian painter Tiziano, who passed away in 1576 when the plague ravaged Venice, and Austria’s Gustav Klimt, who died from the Spanish flu in 1918.

The offering included an homage to Mexican artist Manuel Felguérez, who died from COVID-19, and marigolds, known in Mexico as “the flower of the dead” for a scent believed to be strong and sweet enough to attract souls and draw them back.

Edna Romero, a mask-wearing visitor, said it was important for her family to learn about Kahlo and Mexican traditions such as Day of the Dead despite the tough times during the coronavirus pandemic.

“It’s very interesting and very cool,” said Romero. “I hope it will be a respite.” – Reuters

Singapore studies effect of COVID on mother and fetus after...