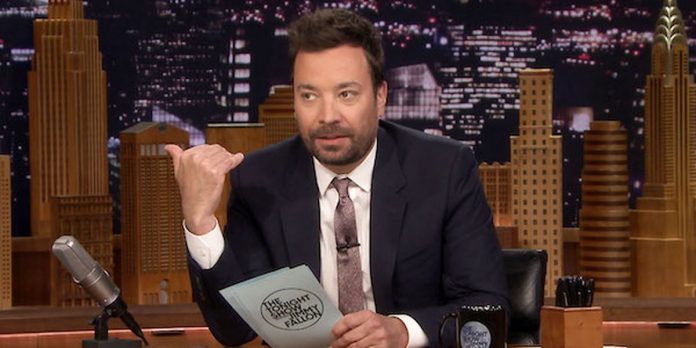 NEW YORK. —Americans are employing humor as a balm to soothe nerves during the coronavirus pandemic, flocking to new Instagram stars like Quentin Quarantino and sharing Facebook memes about taking off bras and pants and putting on weight in self-quarantine.

Late-night TV hosts and hometown comedians are providing a mental health safety net for Americans living amid COVID-19 trauma, and medical experts say humor is a vital part of surviving the cascading catastrophe.

“We’re just trying to find the lighter side of the crisis with articles that tell readers that this is temporary, ‘Let’s just get through it together,’” said Jonathan Jaffe, whose New Jersey-based satirical newsletter, The Jaffe Briefing, has had a 40 percent spike in readership since the first coronavirus patient died in the United States on Feb. 28.

Snarky but very positive, the daily bulletin updates readers on such news as Anheuser-Busch’s efforts to switch production from beer to antiseptics.

“NEWARK – The Sultan of Sanitizer? The Highness of Hand Hygiene? The Ayatollah of Antiseptic? Someone has to devise a new, snappy nickname now that The King of Beers is mass producing hand sanitizer.”

Jokes at a time of crisis, however, should be rooted in commonalities rather than in differences. If not, they risk the resounding criticism directed at comedian Ari Shaffir after he tweeted sarcastic humor about the January death of basketball great Kobe Bryant.

“Stay home,” DeVito, 75, said in a widely aired public service announcement. “We got this virus, this pandemic, and you know young people can get it, and they can transmit it to old people, and the next thing you know – ‘Gghhhhkk, I’m outta there!’”

After production of their late-night television talk shows was shut down, comedians Jimmy Kimmel, Jimmy Fallon, Stephen Colbert and Trevor Noah are streaming their monologues online.

Millions watched as Fallon sat on his front porch and rewarded himself for landing jokes told only to his laptop computer by pressing a button that delivered canned laughter and applause.

One thoroughbred “Does This Cough Mean Anything?” vied for the lead with “Maybe This Will All Blow Over.” And the winner “by three lengths!” announced the breathless sportscaster, was “Generalized Anxiety.” –Reuters

Reuters - April 12, 2021
LONDON -- The life of Prince Philip was celebrated at church services across Britain on Sunday, with the Archbishop of Canterbury praying for those...