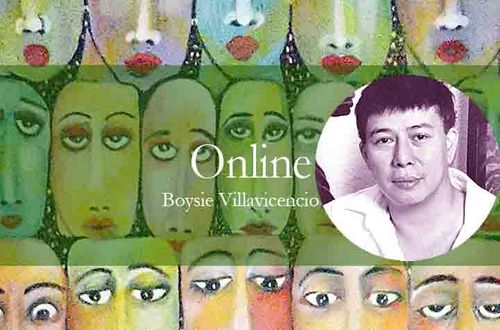 There are many reactions we get about the COVID-19 pandemic. Different people belonging to different professions, ways of life and living have reacted to it in many different ways.

There are those who just don’t care about the perceived dangers of the coronavirus; those whose only passion for the moment is to go home to their provinces (as there is no place like home); those who have become mortally afraid of the situation outside their homes; those who show off their positive side by thinking about their future and have been motivated; and those among us who take advantage of “this bad situation” and have opened new opportunities for themselves.

Most commendable are those people whose lives have turned out better and have opened new businesses at this time.

One wonders…so many billions of pesos have been distributed to people as ameliorations.

Never at any given point of time in Philippine history has such distribution of cash been made possible to those in need.

This short-term solution has helped a big number of Filipinos, especially for those who had lost their jobs.

All of a sudden, there is awareness of the importance of any productive role people may play in this society. Everyone is important in this world.

With all the cash that had been distributed and as cash is spent on food and other basic needs, where does that all lead to? Which sector(s) of businesses and society are the recipients of all those money?

Which commerce or industry will benefit naturally from the taong masa’s expenses with the money given to them? In other words, whose pockets will these pesos eventually end up in?

We are happy for those who may make huge profits at this time; we only pray that they willingly and wholeheartedly pay proper taxes for their new revenues to somehow ‘return’ a portion of their profits to the original sender – the government.

For those who could afford to take their photos showing off the delicious food they had been consuming during ‘hard times’, it would be nice if they share their ‘blessings’.

After all, the word F-O-O-D is synonymous with the word S-H-A-R-E.

There are those who express so much fear about the health crisis. Have no fear! Simply keep your bodies antiseptically clean and sanitized; keep away from anyone who carries the disease with them; be aware of your environment and your surroundings; and behave as the government suggests.

For those who had been recipients of help and ameliorations given by government and from donations by private individuals: be G-R-A-T-E-F-U-L.

The greatest show of one’s appreciation for all the help one received during this war is to decide once and for all to be productive. Play your roles in the system of living.

Shed off your bad habits.

Understand your purpose for living since survival was most important in your mind.

Remember always the times when you had nothing to eat, how people were led to begging in the streets, and how people complained (even on television) because they stayed in line for hours on end to receive a few cans of food, bath soaps, and several kilos of rice.

It is said that Filipinos have short memories. But this time, I hope not too short.

As together we grieve with those who have lost their loved ones, are afflicted by the virus but still giving life a good chance to survive, and have had the opportunity to show the better versions of themselves and shine, this pandemic will one day dome to an end.

We only pray that this happens very soon.

SBP says Kai will always have a home here