WITH years of experience in the international beverage business, Filipino businessman Vicente “Nonoy” Quimbo asks, “If wine has such strong global appeal, why is wine consumption in the Philippines so low?” 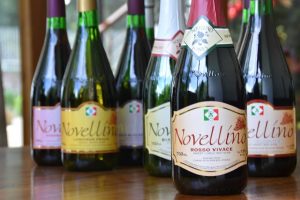 After careful examination and market research, he attributed this to three key factors: taste, price and familiarity.

For two decades, Nonoy said what Novellino did was “missionary work” as it sought to make Filipinos realize that they can have their own wine which is suited to the Filipino taste. Novellino did a lot of wine sampling to convince them.

“That was not an easy thing to do because when we would ask people to taste the wine, nobody wants to drink it,” he related.

The company does not measure success on being number one, nor does it consider market share as an indicator of growth. “A good measure of our growing is really converting Filipinos into wine drinking,” Nonoy said.

People associate wine with romance, sophistication and the like, but why aren’t Filipinos drinking wine? That was trade opportunity – bridging the gap between the aspiration and the after-consumption, Nonoy said.

Novellino does not define itself as a wine company, but “a company that fulfils consumer aspirations,” he added.

His son Chris, now at the helm of Novellino as president and general manager, said they realized that they had to redefine what they were as a company.

From farmer and juice maker, to winemaking, bottling and distribution, the company has crafted its wines to match the Filipinos’ preference for sweetness.

Novellino, which has 15 varieties, gets the flavor from the fruits it uses to make its wines. Stainless steel tanks serve their purpose of producing wine that is fruity, refreshing, sweet and delightful.

The high volume and efficient production methods of the company allow it to keep costs within reasonable levels.

‘The Natural State of Being’