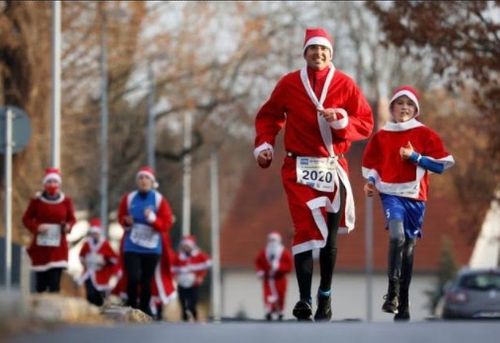 MICHENDORF, Germany. – A small group of hardy Germans sought to keep alive an annual tradition on Sunday despite coronavirus restrictions as they took part in a run dressed in Santa robes and hats. 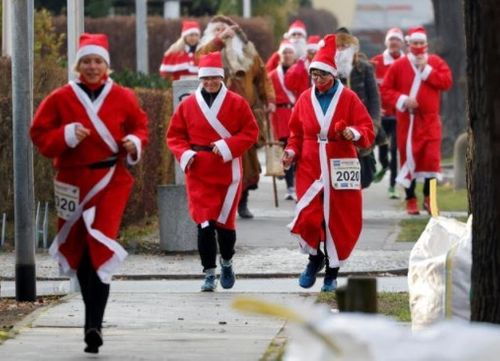 Normally up to 1,200 people take part in the Santa Claus run in the eastern town of Michendorf, but this year participants were asked to keep their distance and post photos of themselves while running.

“The number of runners is limited and there are different schedules to run. There is not a starting line and time for everyone. Everyone can just run at a different time and that is really helpful,” said Grit Schmidt, one of the few dozen running Santas.

While Germany managed to bring the coronavirus pandemic under control in March and April, it is now dealing with a more deadly second wave and has closed restaurants and bars, and limited public gatherings.