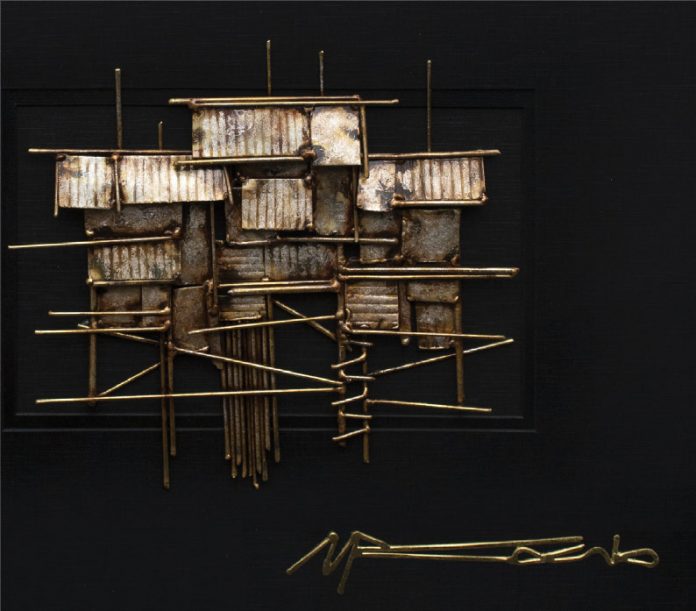 What makes Michael Cacnio’s art unique is his distinct way of drawing out the beauty in the ordinary, finding serenity amidst chaos, discovering the joy in isolation, and bringing out poetry in the mundane. He has also not shied away from social realism, conjuring sculptural introspections on subjects such as despair and social inequity. His art goes beyond self-expression.

Michael Cacnio was born in 1969 and grew up in Malabon, Metro Manila. His artistic genes were evident even when he was still a child. Cacnio was observant and loved viewing the whole area of Malabon from the rooftop of his grandmother’s house that was considered pretty high during the 1950s. The artist recalled growing up in an environment where things were simple and happy during the early years despite the poverty that generally surrounded the place.

This imagery became his inspiration for “Vicinage,” as he expounds on the realities behind dense urban settlements and the crowded and compact housing units, yet frames the artworks in a sense that it connects to ideas of resilience, endurance, and survival despite the challenges. Cacnio hopes to confront the stereotypical perception of slums as despairing places inhabited by hopeless people. The exhibit aims to present those from marginalized communities as productive and hardworking, even content and happy.

In another viewpoint, the exhibit also renounces the idea of poverty being overlooked and romanticized. By openly discussing the reasons behind the imagery, the exhibit attempts to reveal the plight of the poor as these communities remain woven into the fabric of Philippine culture, with its political, historical, and economic concerns still yearning to be heard.

This special sculpture exhibit will comprise a series of 25 framed metal relief artworks.

Exhibiting a propensity for trying out new things, Cacnio continuously goes out of his comfort zone both technically and thematically through “Vicinage.”