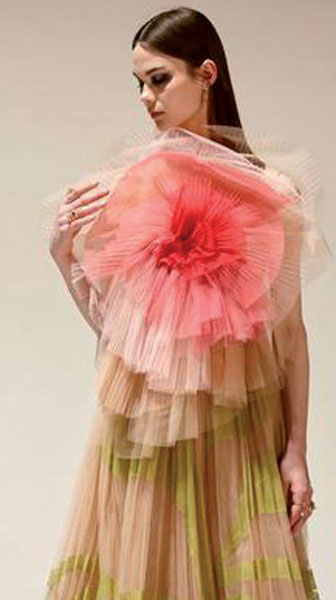 PARIS. —Christian Dior gave Little Red Riding Hood an edgy makeover for its latest collection on Monday, as it filled the runway with hooded capes and recreated a moonlit scene under the glinting chandeliers of the Versailles palace’s Hall of Mirrors.

With restrictions on travel and gatherings due to the COVID-19 pandemic, LVMH-owned Dior skipped its traditional catwalk show for an online version filmed in the chateau outside Paris and called “Disturbing Beauty”.

The camera followed dancers performing at night in the mist-filled grounds, before zooming in on the looks paraded by models in the 17th century palace, as they strutted in and out of the shadows. 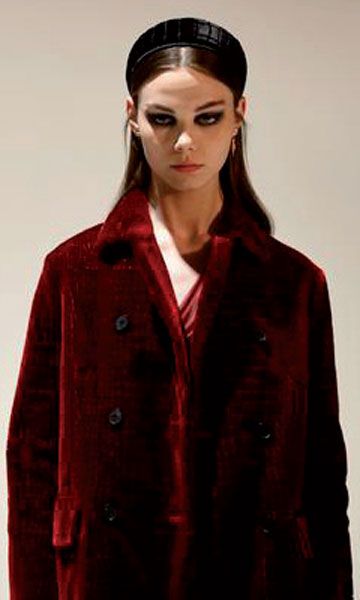 In Dior’s dark fairy tale, which featured black leather dresses with puff sleeves, princess-style tulle gowns and velvet coats among the winter styles, gone are the damsels in distress waiting to be rescued.

“I am not obsessed with the idea of a princess. Each woman wants to play (a) different character, with different clothes, to be one moment a soldier, then a princess,” designer Maria Grazia Chiuri said in a interview.

Chiuri – who has sought to stamp an overt feminist stance on her designs – said she had wanted to rethink the reading of tales as coming of age stories.

“These women are not waiting for a prince but more going the world to realise themselves,” she said. “I think women are better when they build their life with their own hands and not to wait on someone to help them.”

Nods to the past in the collection ranged from the leopard print the brand’s founder Christian Dior introduced in 1947, to a vivid red colour he used to give a look a kick and the iconic cannage motif on quilted jackets.

Other looks included trousers with golden thread paired with a short jacket in shearling, pinafore dresses in broderie anglaise and aviator looks.

Dior virtually ushered viewers into Versailles’ most famous room at a time when France’s cultural institutions remain closed to the public due to the coronavirus pandemic. Versailles’ finances have suffered as ticket sales tumble.

In the sumptuous hall, the brand added mirrors covered in wax and prickly spines, designed by Italian artist Silvia Giambrone and adding to the edgy atmosphere.

A glimmer of the Filipino spirit