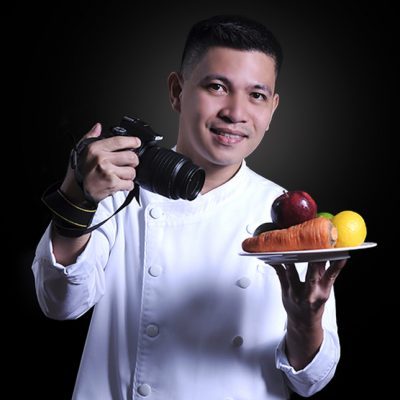 NUTRITIONIST-DIETITIAN Teddy Manansala, an assistant professor at the School of Hotel, Restaurant and Institution Management of the De La Salle-College of Saint Benilde (DLS-CSB), has provided a list of food that people can incorporate in their diet during the ongoing COVID-19 pandemic.

The ‘Dietary Sources and Bioactivities of Melatonin’ article, cited studies which have shown that melatonin has many bioactivities, such as antioxidant, anti-inflammatory, enhancing immunity, anticancer, improving circadian cycle, cardiovascular protecting, anti-diabetic, anti-obese, anti-aging and neuroprotection.

Manansala, who teaches culinary nutrition, wellness, food safety, sanitation, and security, among other subjects, has identified the dietary sources of melatonin, which has been identified and qualified in a large number of foods, that can help send people to good sleep:

Animal Food. Melatonin concentrations were found higher in eggs and fish than those in meat.

Cereals. The level of melatonin in non-glutinous black rice was almost twice as that in the glutinous type and the melatonin concentration was one-third less in polished rice. Melatonin was found relatively high for other cereals such as wheat, barley and oats.

Fruits. Grapes, cherries, and strawberries were the most popular ones in the investigation of melatonin contents. Other fruits include pineapple, kiwi, apple, pomegranate, mulberry, and cranberry.

Vegetables. Tomatoes and peppers were the most studied vegetables, and they showed relatively high melatonin concentrations in the vegetable group. Mushrooms also contain melatonin.

Nuts. Melatonin was found in various nuts, and pistachio was reported with the highest content.

Edible Oils. Top contenders are linseed and virgin soybean. Melatonin levels in the refined olive and sunflower oil were about half of those in the extra virgin olive oil.

Optimal nutrition ensures sufficient numbers of immune cells and antibodies. Manansala, a Department of Science and Technology (DOST)-scholar who also holds two master’s degrees from DLS-CSB and University of the Philippines, stressed the need to follow the principle of a balanced diet using the Food and Nutrition Research Institute-DOST’s Pinggang Pinoy.

“This healthy food plate model emphasizes various portions of go, glow, and grow food, complemented by fats and oils and high intake of water,” he said.

In conclusion, the consumption of foods rich in melatonin could not only improve insomnia, which affects one third of the general population worldwide, but also provide other health benefits.