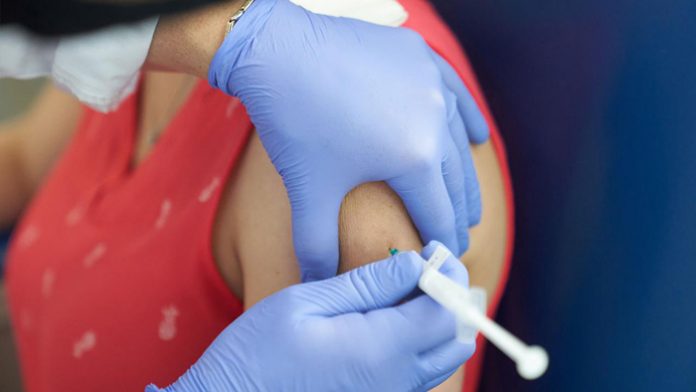 One of the biggest breakthroughs in medical science was the development of vaccination as a form of preventing the spread of diseases. Its discovery and widespread adoption has allowed man to nearly eradicate diseases that would have otherwise been fatal or left survivors with debilitating health issues afterwards. Smallpox, a deadly disease has been eradicated while cases of other disease such as polio, rubella, measles, and the like are few and far in between.
However, there are still several vaccination myths and the rise of the anti-vaxxer groups has worried the medical community. This is worsened with the spread of COVID-19 worldwide and many pinning their hopes for a quick development of a vaccine that would be considered as a silver bullet to the disease.
To address this, the Mu Sigma Phi Sorority, in partnership with the Philippine General Hospital, the City of Manila, the Philippine Foundation for Vaccination, and the UP College of Medicine is holding the COVIDgilance webinar series. The multi-part webinar tackles several aspects about vaccination and the most recent webinar saw Dr. Regina Berba, an infectious disease specialist and the head of the PGH’s Hospital Infection Control Unit discuss common myths surrounding vaccines.
“There is persistent fake news that are spreading, especially in these times. So when we tried to list some of the most frequently asked questions, it’s still the same ones that have been raised in the past. Chief is ‘are vaccines safe?’, and the answer is yes,” Dr. Berba said.
“There was news that came out a decade ago that still persists today that claims that vaccines cause autism and that is not true. Scientific evidence shows that there is no association between vaccination and autism,” she added.
Another myth that Dr. Berba wanted to address was that better hygiene and sanitation will make diseases disappear. “There is a myth that better hygiene and sanitation will make diseases disappear, making vaccination unnecessary. This is false. We really need out vaccines even if we practice frequent handwashing and cleaning,” Dr. Berba pointed out.
“There is also a myth that vaccines have several damaging and long-term side effects and vaccination can sometimes be fatal. This is a very false statement. Vaccines are safe and most reactions are minor and transient. Very serious health events are extremely rare and often investigated,” she added.
The sudden drop in vaccination could lead to the resurgence in a disease which was considered nearly eradicated. “Last year we had a measles outbreak in the Philippines.
This probably happened because people didn’t want to get vaccinated following a recent vaccination scandal. There was a lot of effort from the government to try to get all the children vaccinated for themselves and avoid the outbreak that was happening at that time. But it’s very possible that these types of outbreaks may happen again in light of the current situation,” Dr. Berba said.
“One of the things that happen when there is a lot of mistrust in vaccination is vaccine hesitancy. There are a lot of problems that come with vaccine hesitancy by hopefully during this pandemic, we overcome our hesitation as we still need them,” she added.
For Dr. Berba, vaccination’s benefits do not stop at just the individual and the medical spheres, but also in other sectors. “Vaccines do more than just averting illnesses. Vaccination also has an economic impact. We’ve seen many cases of diseases that were averted which in time translates to economic savings. So, not only are lives saved, there’s also a lot of saving in terms of dollars,” she shared.