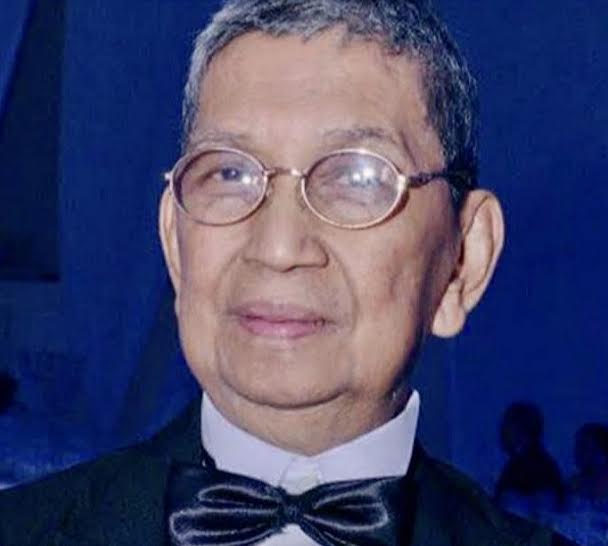 Benjamin Samio Farrales, called Mang Ben with so much affection, esteem and respect by his proteges, models, associates, designers and models as well as fellow devotees of the Sto Niño and co-stalwarts in the world of arts and culture, passed away last March 6 at the ripe old age of 88. He left an unparalleled legacy in the world of fashion with his bold, elegant, exquisite and textured creations that have been showcased time and again over the last six decades in successful shows both here and abroad.

Born on July 1, 1932 in Cotabato City to Salvador Farrales and Paulina Samio, the young Ben attended San Beda College for his early education, but flunking math, he had to repeat the subject in Cotabato, where he took note of the attires worn by Muslim women.

Farrales attended the University of Santo Tomas where he pursued a degree in Fine Arts. By the time he was a freshman college student, he was already working part-time in a department store in Manila patronized by upper class women, doing its display windows and designing clothes for its mannequins.

Eventually putting up his own atelier, Mang Ben became the go-to designer of many of the country’s most famous actresses and socialites.

At 30, Mang Ben became known as the “Dean of Philippine Fashion,” a title bestowed on him by socialite and Karilagan Arts International founder Conching Sunico. His Muslim/Mindanao-inspired ternos became his trademark. He was also the first Filipino to organize a fashion show at the Manila Hotel in 1959 and the Kennedy Center in Washington D.C. in the United States in 1984.

When Ruffa Gutierrez competed for Miss World in 1993 where she finished as Second Princess, she wore a colorful sarimanok-inspired ensemble created by Farrales. 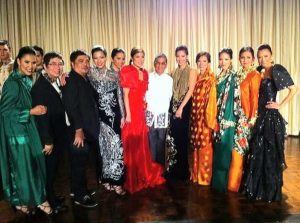 An artist and craftsman of the highest level of excellence and expertise, and a generous philanthropist, Farrales received various awards and recognitions for his works; including being named one of the Ten Outstanding Filipinos (TOFIL), and recognitions from the Philippine Red Cross (for which he has raised millions) and his alma mater San Beda University. He also received an award from the Cultural Center of the Philippines in 2015. He has also been endorsed to be named as a National Artist for Fashion Design.

“His voluntary work especially for the Philippine Red Cross as well as victims of calamities indeed proved he looked beyond his personal glory in the practice of his talent and profession,” wrote Leana Farrales Carmona, his grandniece.

Atos, a co-founding member of Farrales’s Congregacion del Santisimo Nombre del Niño Jesus and director as well of SM Mall of Asia’s annual Flores de Mayo which Farrales initially organized for The Manila Hotel, is forever grateful for the Dean of Philippine Fashion’s kindness, generosity, artistry and guidance for young designers to improve their craft.

You have earned your wings Ben Farrales. You’ll be missed but never forgotten.

Gilas keeps an eye out for the future