The corporate social responsibility arm of BDO Unibank—in partnership with DepEd and BSP—sponsored the awarding of outstanding financial literacy videos produced by public school students as part of Sineliksik, the video-making competition of DepEd’s annual National Festival of Talents. The winning entries were honored in the Sineliksik 2020 Online Awards Ceremony, a virtual event organized by the partners. 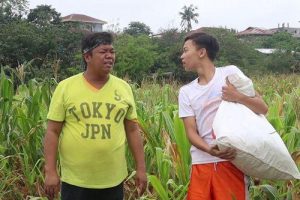 Tan, who also serves as BDO Foundation trustee, lauded the creativity of the contestants, saying, “I was really impressed. You have done a good job, and I cannot say enough. Communication of financial literacy is important. The Sineliksik initiative will go a long way in getting that message across.”

“Through our support for Sineliksik 2020, we hope to create interest among young people to learn more about financial literacy,” Deriquito remarked. “We hope too that DepEd considers all the winning videos as part of its learning resources on financial literacy. Not only are they well made, they are also learner-generated and developed in the context of the various regions around the country.”

Themed Ang marunong sa pera, marunong sa buhay, Sineliksik 2020 was participated in by junior and senior high school students—including those in the Alternative Learning System—from public schools all over the country. Teams composed of two contestants coached by a teacher-mentor developed original videos on financial literacy for the Filipino youth.

The competition was organized in line with DepEd’s efforts to integrate financial education in the K to 12 curriculum. In support of the initiative, the foundation sponsored the medals and cash incentives the students will receive as well as the laptops and LCD projectors that will be awarded to the winning schools.

State regains security control at UP