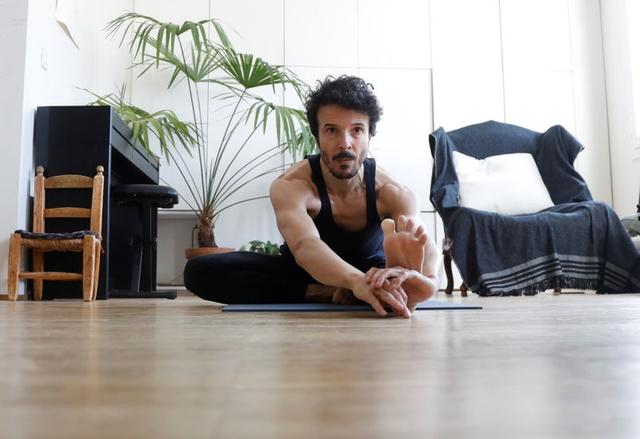 PARIS. Dancer and choreographer Nicolas Maloufihas not worked since France went into lockdown in mid-March, and his daily yoga sessions in a borrowed Paris apartment are his only form of training.

Although France will begin easing its unprecedented curbs on public life from Monday, with shops re-opening and some pupils returning to primary school, the doors to the country’s cinemas, theatres and concert halls will remain closed.

For Maloufi, 49, who has collaborated with venues including the Philharmonie de Paris and the Etoile du Nord theatre, that means his productions are on hold. Nor is it easy to line up any more projects.

“I’m waiting for responses from about 20 bookers who are not available. I don’t dare chase them, it’s almost indecent given how many things they have to handle,” he told Reuters.

Maloufi is among those in France’s creative industry known as “intermittents” – the dancers, singers, comedians and technicians who work from gig to gig and receive state stipends to help cover costs between jobs if they work at least 507 hours per year.

With the entertainment industry shut down by the virus, President Emmanuel Macron promised to guarantee their stipends, as well as money for filmmakers whose productions have been cancelled, as part of a wider bailout for the arts.

Maloufi said the stipends were a lifeline.

“We live a precarious existence,” he said.

Jean-Marc Dumontet owns several venues across Paris including the Bobino on Rue de la Gaite, a street in the Montparnasse district famous for its theatres.

Singers including Edith Piaf, Jacques Brel and Amy Winehouse all performed there, but now its auditorium and dressing rooms are empty, its family-friendly programme of comedy, circus and musical theatre halted.

Macron encouraged artists to think of new, more intimate ways of performing, but Dumontet said it was not clear how that would work in his 900-seater Bobino.

“It’s not easy when you’re at the helm of big ships like we are to imagine smaller formats, for the very simple reason that it wouldn’t be profitable,” he said.

Nonetheless, he welcomed Macron’s announcements. “Today it’s about trying to face down this very difficult time,” he said.

Others were less positive. Jean-Michel Ribes, the respected head of the Rond-Point theatre off the Champs Elysees, said he was irked by the president’s calls for the industry to “reinvent” itself.

Ribes said the 41 shows for his next season, due to start in September, were decided on 18 months in advance. Delaying shows now was a logistical nightmare, he said.

“I feel like we’re trying to bail water out of the Titanic,” he said.

PS5, Airpods up for grabs