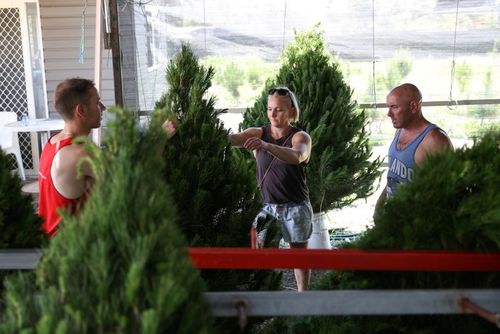 SYDNEY. – Christmas tree farms in Australia are already shutting up shop this year, as pandemic-weary consumers eager for some festive joy spurn plastic versions and seek out fresh pine trees to spruce up their homes.

“People have had a tough year and they wanted to get to Christmas sooner rather than later this year,” said William Cappello, owner of Willy’s Christmas tree farm in Sydney, which will close early after selling out for the first time since 2001.

Because it takes up to four years to grow an eight-foot pine, Christmas tree sellers struggle to manage sudden disruptions to demand and all they can do is warn customers when stocks are running low, added Cappello.

In the Blue Mountains west of Sydney, Top Forty Orchard Christmas Tree Farm owner Lynette Keanelly said her trees had sold out, leaving her with nothing to do but take reservations for Christmas 2021.

Shoppers acknowledged that the challenges of the year had made them keen to end it with something uplifting.

“2020’s been just an awful, awful year for everybody,” said a government employee who only gave her first name Sharon and was one of the last people through the doors of Willy’s for the year.

“To try and make something a little bit nicer is always nice, and what’s not nicer than Christmas?”

Are Daniel, Kathryn ready to take relationship to the...