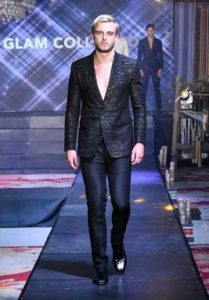 The agri fashio creations, costumes that showcase the agricultural contributions of the 19 municipalities and component and capital city of San Gernando, La Union and worn by the contestants of Mutia Ti La Union 2020, wowed the audience including Gov. Francisco Emmanuel “Pacoy” Ortega III and his wife Vini Nola Ortega. 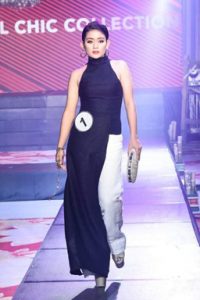 Ramirez utilized abel iloko – the indigenous, sturdy and versatile hand-woven fabric for which Ilocandia is known for – for his collection that vividly reflected his unique flair in creating classy, sophisticated silhouettes that has made him a most sought after designer in the business, entertainment and political circles.

Showcasing the abel trade and industry by way of the fashion show, Ramirez pays tribute to the art of abel weaving, a golden thread entwined in the Iloko culture. Manually woven through a wooden loom and handed down from generation to generation, it symbolizes the Ilocanos’ choice to inter-weave their efforts for the good of the community, eventually producing a unique fabric that is also the source of warmth and protection.

Gov. Ortega and LUVWI chair Vini Ortega were also dressed in inabel and gamely took to the ramp to the delight of the guests.